Yesterday, I started a three-part article about what MCC might do to regain public trust in order to get support for the baseball stadium that four of its board members (George Lowe, Barbara Walters, Mary Miller and Carol Larson) desire so ardently.

With the public relations disaster that McHenry County College has managed to create, it seems to me that the board has to start from scratch. 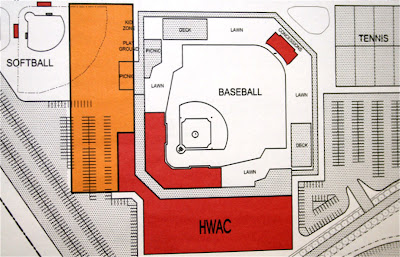 Admit that the college will be irreparably harmed if it proceeds without starting the process over.

Everyone who thinks the college can pass a referendum, please raise your hand.

Anyone who thinks Mary Miller is not going to be challenged if she runs for re-election next spring, let me know.

And, if you want to run, let me know.

Needless to say, people are organizing to support some opponent of this consistent baseball stadium supporter. In laying her hands on the goodness of the baseball stadium, Miller touted her credentials as a CPA.

Now I know why we don’t let CPA’s run government.

Earning the designation obviously does not guarantee analytical ability on public policy issues.

So, why was a re-do of the numbers necessary after Economics Research Associates savaged Mark Houser’s EquityOne presentation she avowed was ”in order?”

In a Freedom of Information request, I asked for any documentation to back up her professional judgment.

Needless to say, there was none.

I was told to look at an analysis of construction costs by PMA Consultants, the same outfit that advised Huntley School District 158 that it needed a 55-cent tax rate hike.

PMA’s analysis of construction costs speaks not one sentence about whether the baseball team receipts will pay off the cost of the bonds to build the stadium. 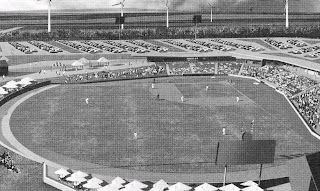 And, that, of course, is the real issue in this fight.

Show me a written analysis of the numbers and maybe I might regain the respect I used to have for the designation “C.P.A.”

So, start the process over.

Do you know there were two baseball promoters who wanted to build a stadium in Crystal Lake?

One was making real progress in Harvard until the McHenry County College Board decided to ink a sweetheart deal with Pete Heitman, a buddy of Equity One’s Mark Houser.

A fresh starts demands that competing promoters be given a fair shot. 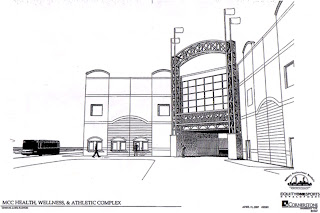 Such presentations should be at public hearings, where both the public and the board get to ask questions.

We can hear how much money each group is willing to put up.

How does each propose to pay for the stadium?

What will the amount of public subsidy be, if any?

Harvard’s group, by the way, plans to pay for its own stadium; Heitman’s wants us to bet on the success of his scheme.

There’s absolutely no reason for secrecy.

And, speaking of secrecy, the public has a right to know who the investors are.

When I was at the Crystal Lake City Council meeting looking at the staff reports on various proposals, you know what I found?

Petitioners must reveal everyone who has a beneficial interest in their properties.

The college must demand the same information from those with whom it signs leases.

I was pleased that Krug agreed.