There is an alternative to the recreational development of Vulcan Lakes.

I don’t think I can improve upon that over two year old advice, so I’ll just reprint it:

There is one clear method through which improvements to Vulcan Lakes could be financed.

The City Council could just ask the McHenry County Conservation District to take over the property.

It could be rented out on a long-term lease, with whatever development and use goals the City would want to write into the contract. 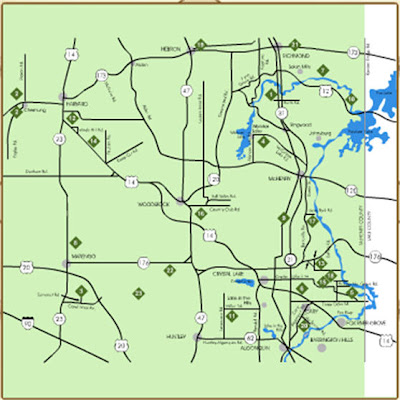 The MCCD has cost Crystal Lake area taxpayers dearly since its inception. Millions of dollars have been taken out of the pockets of local taxpayers, but precious little has been spent in the area.

Thousands of acres have been purchased in other parts of McHenry County, but precious few in the Crystal Lake area.

Crystal Lake’s most prominent MCCD element is probably the bike trail along Main Street. Recently a couple hundred acres has been bought west of West School, but is not open for public use. There is a large facility with a Crystal Lake address way east off of Route 176 near Burton’s Bridge and the Lake-in-the-Hills Fen, but nothing really big in or with direct access to Crystal Lake. 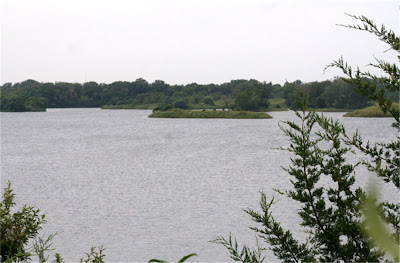 Improving and administering the Vulcan Lakes property would allow the Conservation District to repay a small part of the millions that have been taken from local wallets.

But, the Crystal Lake City Council would then have to allow residents from throughout McHenry County to use the lakes.

And, sharing this resource that has cost so many of us to lose car windows and dinged paint from stones thrown from gravel trucks and extra travel time on Route 14 because of the abandonment of Three Oaks Road is not part of the plan. 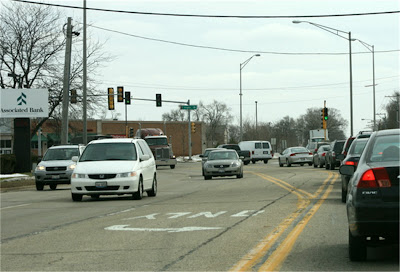 I have pointed out elsewhere that I have been told that the traffic on Route 14 increased 10% the day after Three Oaks Road was closed. That would argue for a sharing of the benefits resulting from that closure, along with a sharing of the pain of the increased road congestion.

The $23 million proceeds (over 20 years) from the waste transfer station could also have been earmarked to develop Vulcan Lakes.

citizens who don’t want the city council to raise the city sales tax 75% should email each of them.

= = = = =
All of the images can be enlarged. Except for the Route 14 traffic shot near Walgrens, the pictures are of the Vulcan Lakes property. The top one was taken from Rakow Road; the other two from Pingree Road. The sunset was taken from across where the outdoor movie theater used to be. The other one across from G.K. Welding at 915 S. Pingree. I took the latter while waiting for the chair I am sitting on to be welded back together. There’s a picture of the process which human eyes cannot see without a shieldhere. The map is of the current McHenry County Conservation District sites. It’s pretty obvious that the Crystal Lake area has been left out, isn’t it?