The Chicago Sun-Times not only focused on State Rep. Jack Franks’ recall bill and hearing on the details of the $1 million for the Pilgrim Baptist Church that went awry, but dipped into former Metra Chairman Jeff Ladd’s grant of immunity.

The comments on Ladd were a small part of the Wednesday article. 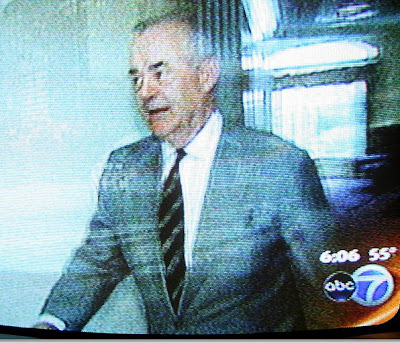 “A former Metra board chairman and longtime friend of Beck, Ladd, 66, of Woodstock, lost a bid for the Republican Party’s nomination for Illinois attorney general in 1994. He served as an attorney for Centegra Health Care System, which opposed the Mercy deal. To counter Rezko’s influence over the health board, Ladd testified he hired Ed Kelly — Beck’s relative — to try to kill it. Ladd’s clients paid Kelly $80,000, but Mercy’s project was approved anyway.

“Ladd’s attorney, James Streicker, said prosecutors gave Ladd immunity, but it might not have been necessary.

“You ask for immunity to make sure your client is fully protected,” says Streicker. “I don’t think he testified to anything that was illegal. As far as his testimony is concerned, he probably didn’t need the immunity.”

Left unsaid was whether in his interviews with federal agents/attorneys Ladd said anything about local politicians like fellow Metra Board member and now convicted felon, former Crystal Laker Don Udsteun, and maybe even other friends and associates.

You know, things that might lead to further investigations.