That’s everybody voting for it.

That probably means it’s not objectionable, but, considering the Democrats control everything, what bill sponsored by a Republican that is controversial is likely to pass?

What’s the bill do? 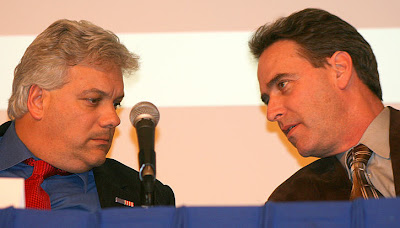 It requires the Department of Central Management Services to maintain a web site called the “Illinois Accountability Portal.”

It’s a short bill, so I’ll just reprint it below:

Be it enacted by the People of the State of Illinois,
represented in the General Assembly:

Section 5. The Department of Central Management Services Law of the Civil Administrative Code of Illinois is amended by adding Section 405-335 as follows:

(1) A database of all current State employees and individual consultants, sorted separately by name, agency, and position title, listing for each their current pay rate and year-to-date pay.

(2) A database of all current State expenditures, sorted separately by agency, category, customer, and Representative District. 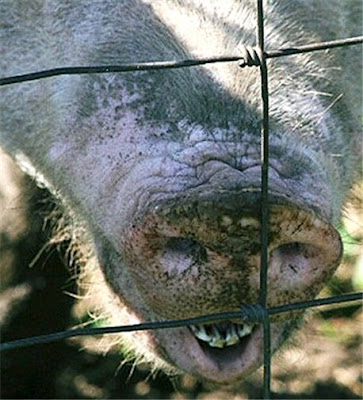 (5) A database of all current State contracts, sorted separately by contractor name, awarding officer or agency, contract value, and goods or services provided.

It sounds a bit like Republican United States Senator Tom Coburn’s bill which Barack Obama got passed in Washington to track pork.

On, almost forgot. They call such line items “earmarks” in Washington.

In Springfield they are called “member initiatives”…like the $250,000 I got for Home of the Sparrow in the late 1990’s to buy a home in Crystal Lake. (So, Crystal Lakers, you can help out without even leaving home.)

= = = = =
The photo of State Rep. Jack Franks on the left talking to State Rep. Mike Tryon on the right was taken at the budget hearing the two, plus State Senator Pam Althoff, held at McHenry County College on March 19th. The pig’s snout was taken south of the Wisconsin border town where House Speaker Mike Madigan sometimes takes his granddaughter to lunch. The waitresses refer to him as “that Illinois state representative,” not “Speaker.”