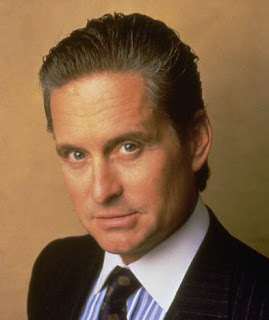 “The point is, ladies and gentleman, that greed — for lack of a better word — is good.

Maybe there could be a softer word, but asking for a 22% pay increase for next year sounds “greedy” to me.

Not likely many of the Huntley, Lake in the Hills school district taxpayers will even think about getting that high a raise.

The District 158 HEA union’s contract proposal, posted on the Huntley School District 158 web site yesterday, calls for at least a 22% pay increase for all existing teachers next year.

Some teachers would get at least a 24% pay increase.

The operable phrase is “at least”.

Many teachers would make much higher percentage increases. There are so many reasons for this I can’t list them all in one article.

Kindergarten teachers would be paid more when they have the “burden” of more than 18 students in their class.

The maximum class size allowed would be 23.

The two grand would be on top of the at least 22% pay raise.

The co-president of the teachers union is kindergarten teacher Christy Henderson by the way. She is on the negotiating team.

The easiest way to illustrate and understand how the first year pay raise is 24% for some teachers is to look at the proposed pay of a teacher with 20 years of experience and at an education level of a Masters + 45 hours of college credit.

For this pay grade, the salary right off this year’s salary schedule is $78,135.

Well, you would be wrong.

Because on page 28 of the union’s proposal are these words:

The board shall contribute the full TRS (Teachers Retirement System) payment for each member of the bargaining party.

Teachers, you see, don’t pay Social Security tax. Instead they contribute to their own retirement plan, the Teachers Retirement System).

How would you like to have no Social Security tax deducted from your pay check.

And get a great pension?

District 158’s teachers union is asking for about a 10.24% AFTER TAX pay hike by having the taxpayers pony up what they are paying now.

So, in addition to 12.8% more in gross pay, for the teachers getting the $10,015 raise, they would be getting another $9,718 increase in take home pay because $9,718 in TRS deductions wouldn’t be withheld from their paychecks.

Figure it out for yourself or accept the calculation below.

But, that’s not all.

The union’s proposal would increase family health insurance benefits to teachers by about $7,000.

For family coverage taxpayers contribute $7,344 toward the premiums.

But the teachers’ union proposal asserts on page 13:

Perhaps others who write a story on the contract proposal will fall for that.

Worth a try, right?

Great way to frame the issue.

Maybe District 158 teachers think journalists and editors will quote these words verbatim from the proposal. (Even I did, but not without putting them into context.)

Or, maybe that gross underestimation of the percentage increase being requested will lead others to ask more probing questions about the contract.

Analysis is needed. Simply quoting documents or spokesmen from each side will not serve the public well enough.

The context is simple:

7% grossly misrepresents a minimum of 22% pay increase for all existing teachers. It’s not close to the real double digit salary increases that anyone can calculate comparing the last year’s salary schedules to the ones proposed for next year.

Propagandists over the years have proven that repeating a falsehood often enough often leads to the falsehood being accepted as truth.

You can read both the teachers union proposal and the District 158 proposal online at: