Much of the discussion was about gun control measures defeated in Springfield. Of course, none of the panelists were on the John Lott “More Guns, Less Crime” page. (I would highly recommend the 2000 book. Buy the paperback version, however, it has some updates not in the hardback.)

“They don’t trust the police,” liberal Laura Washington said of blacks she knows. “They want their own protection.”

That’s precisely what I argued in a 2002 radio when I was running for governor against Rod Blagojevich and Jim Ryan on the Libertarian Party ticket.

That ad that drew lots of negative comments from the liberal talk show hosts in Chicago. You can read it below:

Sound of man trying to break down the door. 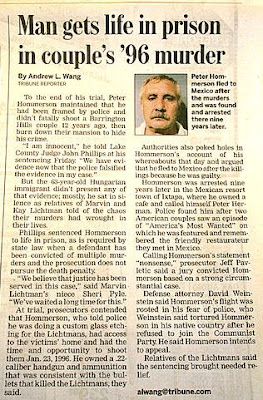 (Sound of door being forcibly opened.) 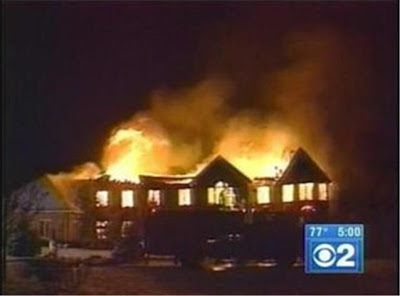 (Sound of shot. Sound of woman falling to floor, pulling phone with her, slight ring)

Announcer: Sometimes the police can’t be where you need them when you need them. Cal Skinner, Libertarian candidate for Governor, thinks you should have the right to defend yourself, even in Chicago.

Elect Cal Skinner Governor. Skinner is the only candidate who knows that the police can’t always be where you need them when you need them.

Host Joel Weisman, who, of course, is responsible for selecting his show’s guests, added this comment after one of the panelists said that all of the proposals made common sense:

”It’s not common sense to those who oppose it.”

Weisman is certainly correct. I wonder WTTW why won’t run a real debate on gun control with John Lott as one of the participants.

The ad, by the way, was inspired by an NRA TV ad that I saw at an ALEC (American Legislative Exchange Council) convention at Travis City, Michigan, in 1992. It was chilling, but the National Rifle Association could not find it, so we had to write it ourselves.

During 2002, something very close to this scenario occurred to a black Chicago woman. I’m sure most people thought that was where we got the idea.

= = = = =
I’ve always wondered if Barrington Hills’ Mr. and Mrs. Marvin Lichtman would still be alive if they had had a gun to protect themselves from Peter Hommerson, who just got life for murdering them. Lichtman and his wife Kay were shot. Then, Hommerson torched their home. The article you see was in Saturday’s Chicago Tribune. The picture of the burning house was on WBBM-TV.