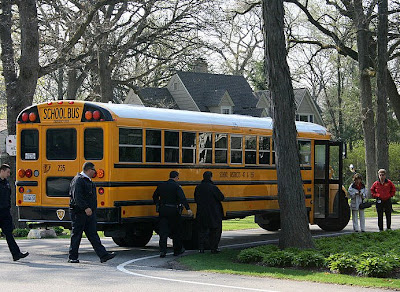 As I was driving out of my driveway about 8:45 yesterday morning, what did appear but a school bus accident.

It apparently was a fender bender, at least for the school bus.

The slight damaged to the bus fender can be seen below.

After school, my fourth grade son said there were classmates late for school, so, maybe kids were sitting on the bus when I took the pictures.

But I didn’t see them. 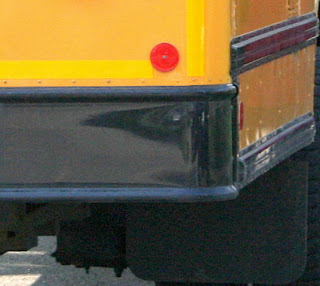 I did see an ambulance, maybe two, and more Lakewood firemen and policemen than I have ever seen.

That’s the first time I have seen any Lakewood Fire Department vehicles near our home, except for a test run of a fire truck right after the department was founded in January 2007.

The bus driver apparently decided she could not get down Meridian Street on the south side of Lake Avenue.

There were lawn care truck and trailers blocking too much of the street.

So, the bus driver backed up. 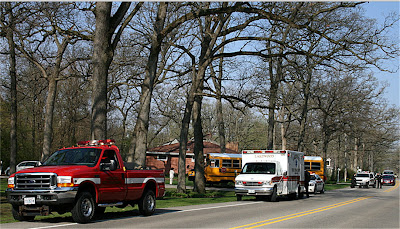 The bus ran into a car.

I saw no sign of the car, but she got a ticket for improper backing.

There were two ambulances before I left for my dental appointment.

The photos can be enlarged by clicking on them.