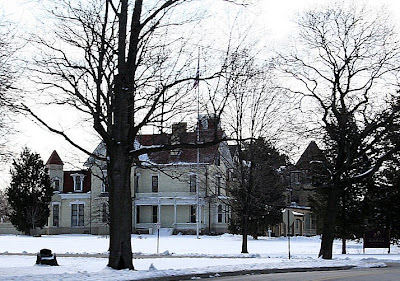 All the old mansion attention in Crystal Lake has been paid to the Charles S. Dole Mansion overlooking Crystal Lake.

Alright. It’s big. It has this great story about a railroad track being laid up Dole Avenue to bring guests to his daughter’s 1883 wedding.

But Dole was just a grain elevator robber baron, wasn’t he?

And he moved out of Illinois.

It’s the white house at the corner of Lake Avenue and Country Club Drive. It’s built out of the same small concrete blocks with which the home my family rented at 800 Broadway was constructed.

So, who was this Republican crook?

Never heard of him? 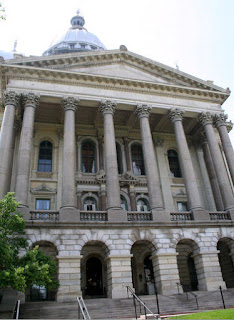 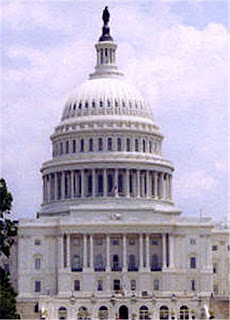 He was the last senator elected by a vote of Illinois General Assembly.

And, in true Illinois fashion, he got to Washington through bribery.

And, in true John Kass Illinois “combine” fashion, Democrats took the bribes from a Republican businessman.

Former State Representative turned academic Jim Nowlan (R-Toulon) and Richard B. Ogilvie’s Lt. Governor candidate wrote this in a letter to the Chicago Tribune on Feb. 9, 2006:

The scandal about how Lorimer got to Washington brought on the Progressive Era’s direct election of United States Senators–the 17th Amendment to the United States Constitution in 1913–so no one can deny the importance of his “public service.”

Here’s his biography from the United State Congress: 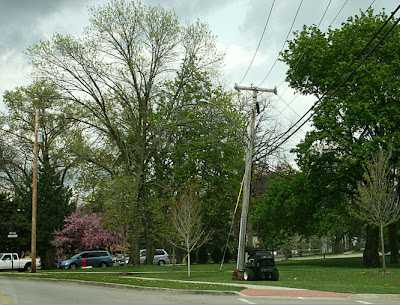 But, how about a historical marker that could be read from the sidewalk between the Main Beach and the Dole Mansion?

= = = = =
On top, you can see snow on Easter (March 23, 2008) at the Dole Mansion in Crystal Lake. Below is the summer “cottage” of William Lorimer, the last Illinois United States Senate elected by the Illinois General Assembly. The historic marker could go on the lawn where the man is mowing the lawn.