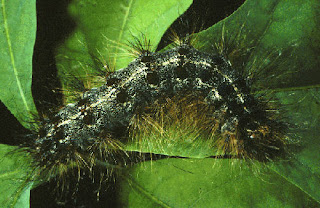 To the right is what the Illinois Natural History Survey says a gypsy moth caterpillar looks like.

To the left is what my son and the First United Methodist Church of Crystal Lake’s Cub Scout Pack 158 friends collected at the McHenry County Conservation District’s Hollows Conservation Area, an old Material Service Gravel pit.

Are they the same? 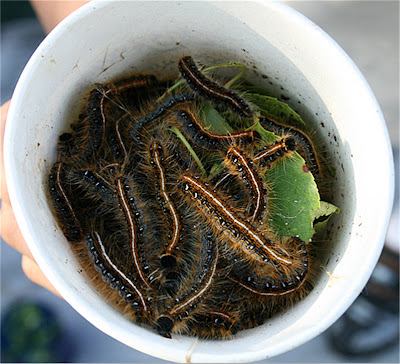 One of the fathers said they were gypsy moth caterpillars.

Besides collecting caterpillars that liked to eat leaves, the boys went on a dusky hike, played capture the flag and ran around and shouted.

This was a family affair, so there were plenty of girls, too.

From toddlers to college students.

Of course, there were campfires.

A young Cub even tempted me to eat a smoore. 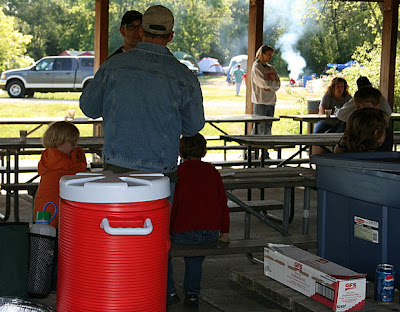 No big deal that he forgot the chocolate.

“Beware of the ghost light,” I heard as I tried to go to sleep while the boys and girls were running around the camp site.

In the morning, some scouts got the camp fire going again.

Pancakes and scrambled eggs were served for breakfast.