A press release has been received from Family PAC commenting in on Decatur’s Republican Party Convention. I thought it might be of interest to you.

Paul Caprio, Executive Director of Family-PAC, today commended State GOP Chairman, Andrew McKenna Jr., for comments that he made in addressing the Illinois GOP convention held in Decatur this past weekend.

“Andy McKenna sent an important message in criticizing former Governor Jim Thompson for promoting a pardon for convicted Ex-Governor George Ryan. McKenna also spoke out against the fact that both the County Chairman and the County Board Chairman in Dupage County had both supported and lobbyed for an increase in the sales tax in that County to bail out the Chicago Transit Authority.

“I thank Chairman McKenna for putting the Republican party on record and standing against un-needed tax increases that are unfairly applied to suburban tax payers. This is an indication of real political courage on his part and we applaud it. Only by standing up for his tried and true conservative principles is the Republican Party going to make progress in Illinois in the future.” 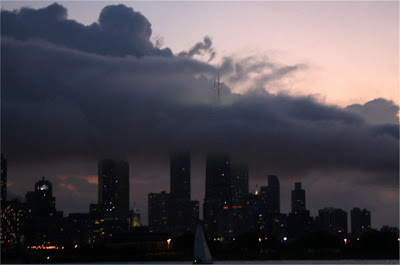 The annual Family PAC cruise will be held on July 28th this summer. It is a truly enjoyable event, although the clouds were a bit threatening last summer. They didn’t reach us in Lake Michigan, however.

A footnote to the convention:

Jim Thompson was named a delegate to the Republican National Convention.