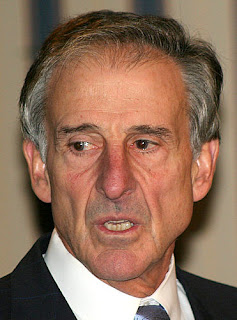 Mark Smith pleaded guilty to the murders of Jean Bianchi (no relation to the State’s Attorney) and Jean Ann Lingenfelter in 1970 and was sentenced to serve two consecutive 200 year sentences in the Illinois Department of Corrections.

In addition, Mark Smith is serving a 100 year consecutive sentence for the murder of Janice Bolyard of Evanston.

Inmate Smith admitted to killing at least twelve women before the age of twenty-one.

These vicious murders spanned across McHenry and Cook Counties, the State of Arkansas and Germany.

Inmate Mark Smith poses a serious danger to the community. The nature of his crimes were unspeakably brutal and caused pain and anguish to literally hundreds of people.

A representative of the Bianchi and Lingenfelter families will speak to the parole board together with the Chief of the Criminal Division Nichole Owens, to protest Mark Smith’s release.

In addition, the State’s Attorney’s Office has filed a written objection to Smith’s release, documenting the brutal nature of the murders and containing petitions from hundreds of citizens protesting Smith’s parole.

Inmate Smith has been sentenced consecutively to a total of 500 years in the Department of Corrections for his horrific crimes against three innocent, unsuspecting and defenseless women. The inmate agreed to his sentence.

Allowing the release of this inmate would deprecate the seriousness of his offenses, endanger the community, and serve as an outrageous injustice to the families of the victims who continue to suffer, thirty-eight years after the deaths of their loved ones.

Don’t you love the sentence?