The night before the longest day of the year there was finally a perfect day for a cruise on Crystal Lake. 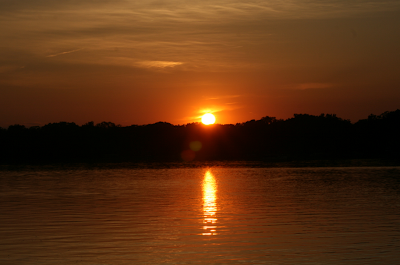 No flooding like on the Fox River and Chain of Lakes. 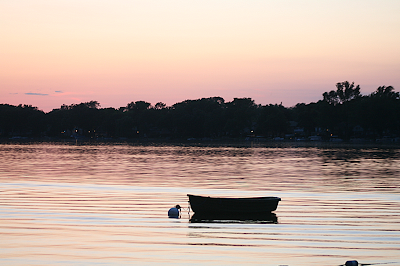 A day a boat owner lives for.

My wife was like the cleaner bot of Buzz Lightyear during the day.

If there was dirt, she attacked it.

As evening approached, she bought a bucket of Kentucky Fried Chicken, invited some friends over, including some for our son to play with, and we left the dock.

“Why did you bring your camera?” I was asked.

“I need a ‘Message of the Day’ for tomorrow,” I replied.

After I downloaded the 80 or so photos I took, I saw lines. 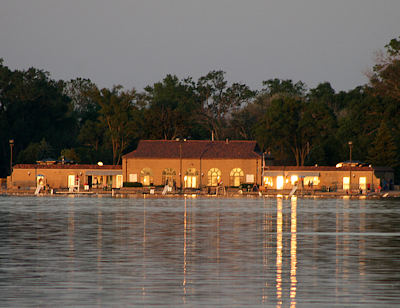 There were verticle lines–reflections of the setting sun in the glass in the Crystal Lake Park District’s Main Beach House. 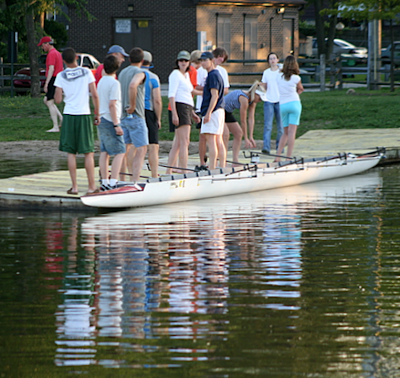 There was the line of rowers about to get in some practice at Naoki Kamijima Park on the West End of Crystal Lake. 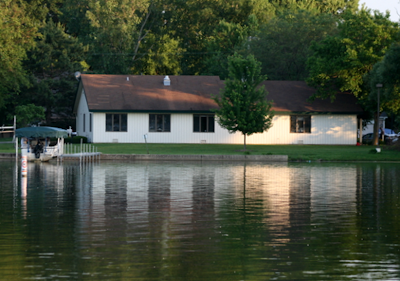 More vertical lines showed up in the water from both the windows and the wall between the windows from the Lakewood Village Hall. 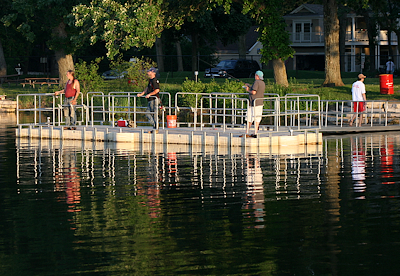 Then, there were fishing lines from the floating docks at West Beach in Lakewood. And, a bonus. Vertical lines from the guard rail posts and their reflections. 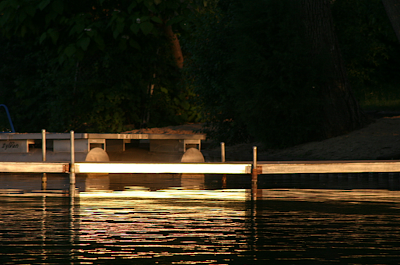 There were the horizontal lines of the side of an aluminum pier reflecting the setting sun, plus its reflections on the lake surface. 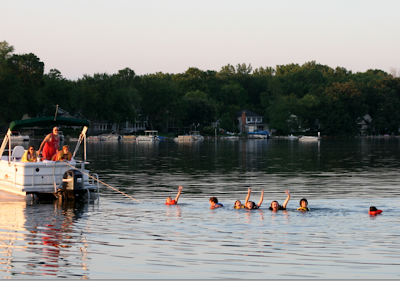 Next, there was a line of kids trailing behind a pontoon boat. When the captain told them someone was taking pictures of them, most waved. 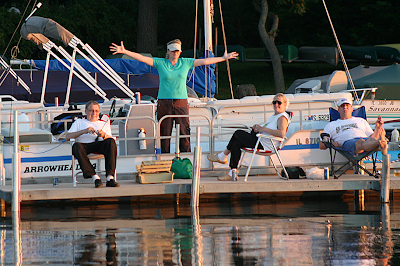 As we passed the CCAPOA pier at Gate 15 in Lakewood, there were more lines from fishing rods and a woman showed us the size of the one that I assume got away.