Here are some 2007 complaints of physical abuse of prisoners by Cook County Jail correctional officers. They are from the report issued by the Civil Rights Division of the United States Department of Justice. 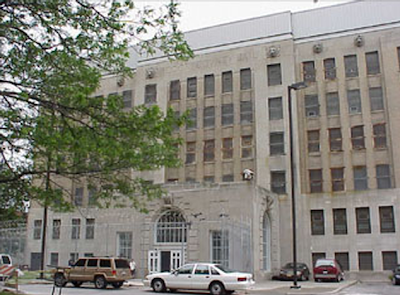 All occurred during the first six months after former State Rep. Tom Dart took office as Cook County Sheriff (the ones cited from 2006 before Dart was sheriff can be found in the original report):

February 2007 – Matthew was ordered out of the barber shop for standing up too soon. “When he tried to explain, an officer grabbed him by the collar” and told him to leave. “Matthew argued with the officer. Outside the barber shop, officers shoved his head into the concrete after he had been handcuffed.” He needed stitches and a tetanus shot, but he refused treatment.

April 2007 – Billy wanted to leave his cell and “was accused of pushing ahead. He had a ‘heated’ verbal altercation with the officer. One officer struck Billy and other officers joined in.” Result: “Internal and external stitches to close a one inch laceration punctured his lip.”

June 2007 – After a psyc exam, Dennis returned to his cell block. An officer “refused to give him his dinner tray. Dennis got into a verbal altercation with the guard and threw a cup of liquid at him. A number of officers attacked Dennis in his cell,” resulting in “blunt trauma to his head and body, three teeth knocked loose, and a laceration to his lower lip…”

June 2007 – A fight occurred on Thomas’ unit in which he did not participate. The inmates were strip-searched and sent back to their cells. “As Thomas started to go up the stairs to his top tier cell, his hands were on his neck holding his shirt, instead of on the top of his head, as he had been directed. An officer grabbed Thomas by neck, which choked him, and Thomas reacted by grabbing the officer’s arm. The officer immediately swung and hit Thomas with a walkie-talkie, causing a wound that required five stitches to close.” Medical reports indicate the inmate was hit with an “unknown object. “The officer continued hitting Thomas after the first blow, even though Thomas offered no resistance.” 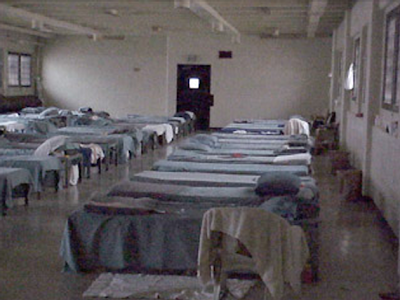 June – 2006 Russell’s cell mate opened the cell and Russell got out. In response, all of the inmates were locked in their cells. After sending Russell’s cellmate downstairs, “officers handcuffed Russell, then stomped on his back and hit him. His eye became swollen and his teeth chipped.” To keep him from reporting the incident, the officers threatened to charge Russell with battery unless he told medical officials he fell “off his bunk.”

July 2007 – After an hour of exercise, Alberto refused to get in his cell and a female guard locked him out. He called her a “b—-.” “When Alberto came out with his property to be moved to disciplinary segregation for insulting the officer, he was beaten by a number of officers.”

July 2007 – Mentally ill Robert “exposed himself to a female officer. In response, he was taken to a clothing room where a group of officers handcuffed him and then proceeded to hit and kick him. Robert was sent to an outside hospital for “severe head trauma.”

The instances cited in 2006 are generally worse.

Tomorrow: What Cook County Jail should do about physical abuse of inmates?