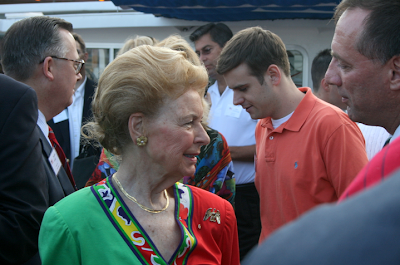 Tuesday, I put up an article about Phyllis Schlafly’s receiving a Lifetime Achievement Award on Paul Caprio’s Family PAC cruise.

Yesterday, I followed up with the congressional candidates, state senate incumbents and the Republican candidate for Cook County State’s Attorney.

Today, we move onto the challengers.

I saw Terri Ann Wintermute early in the evening, but she disappeared to the lower level of the boat. That’s the place to be if it’s raining, but it wasn’t. I finally got a photo of her when she was disembarking. You will remember that I met her in Decatur at the State Republican Convention.

Wintermute has more money than Linda Holmes, the Democratic Party incumbent she is challenging and to whom she lost in 2006 when Republican State Senator Ed Petka retired. 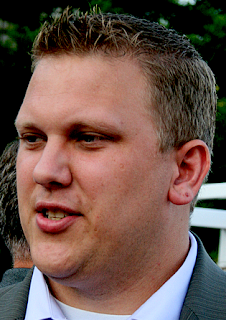 The final senate candidate (hope I didn’t miss any) was Mike Sweeney. I remember him because he is running for the 33rd district seat. The 33rd district was the one I represented in the 1970’s

Now it is in the Mount Prospect, Elk Grove Village area. Sweeney is Elk Grove Township Clerk. He is an assistant manager of a Walgreen’s store.

His palm card stresses he is the only 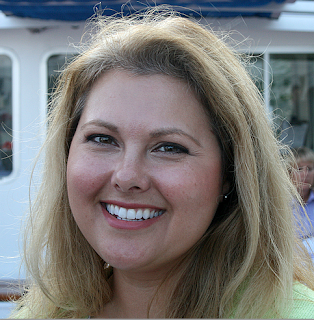 Among the candidates for state representative was Anita Forte-Scott, the one who will challenge Paul Froehlich, the Republican incumbent who decided to become a Democrat. She has a healthy resume, which includes the presidency of the Schaumburg Township District Library Board, owner/administrator of the Bright Stars Academy, founder and president of the Poplar Creek Watershed Planning Coalition. She is a member of the Schaumburg/Hoffman Estates Rotary Club. I can’t find a web site.

She has hardly any money in the bank, but House Republicans are pretty incensed about Froehlich’s party switching, so abundant money could flow. 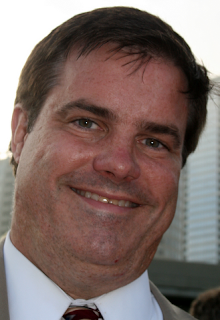 Dan Sugrue, the Lake County man running against super liberal Kathleen Ryg and who attended the Pro-Life Victory Committee’s pig roast at Resurrection Center, was on the boat.

Sugrue’s platform includes property tax relief, eliminating the state sales tax on gasoline, requiring a balanced budget, repairing and rebuilding roads without allowing the money to be diverted to other purposes (as Democrats have done this century), increasing higher education scholarships and “establish(ing) the nation’s toughest ethics laws and root(ing) out government corruption.” I can’t find a web site. 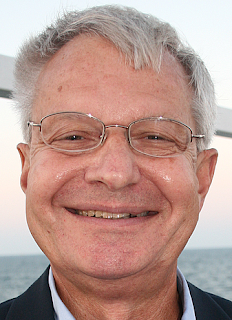 Dwight Kay came all the way up from Alton for the cruise. The GOP candidate for the 112th district against Jay Hoffman, one of Governor Rod Blagojevich’s close buddies. In 2004, Kay was finance committee chairman for Illinois Supreme Court Justice Lloyd Karmeier. That was the race that set the Metro East trial lawyers back on their rear ends.

Kay was the first candidate for state representative to call for impeachment hearings for Blagojevich. He obviously has more courage than incumbent house members, none of whom have introduced such a resolution. Kay is senior vice-president of Cassens Trucking.

The Metro East area is looking more and more like the outer suburbs in Chicagoland. Kay can’t pull off an upset with the $17,000 he has on hand, but with an infusion of money he might follow in the footsteps of Frank Watson and Ron Stephens. I hope he is calling all of those Karmeier contributors. 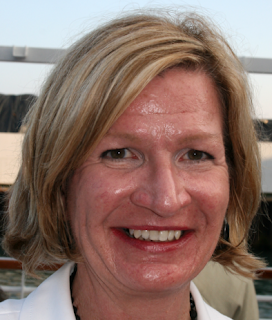 Senger is a financial advisor. If she can translate that into sensible advice on the state budget, her election could be worth the price of admission.

Looking at her web site shows a mix of local concern —opposition to the Canadian Northern’s takeover of the EJ&E Railroad, which will increase suburban congestion along its entire length—and statewide concerns, e.g., fighting political corruption. She has Democratic and Green Party opponents, both women. 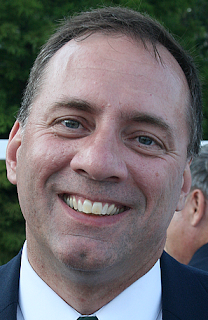 Dave McAloon can be seen in the top photo talking to Phyllis Schlafly. He is running for state representative against incumbent Careen Gordon. Gordon’s campaign was financing oh so much by Chicago money.

McAloon is from Kankakee County and has been active in conservative causes for years.

The only other candidate I remember meeting was Lawrence Bruckner. He is running against Mike Boland, an ally of Lt. Gov. Pat Quinn from the Quad Cities area.

Bruckner was a shot from my past. He reminded me that he had met me when I was the Republican candidate for State Comptroller. 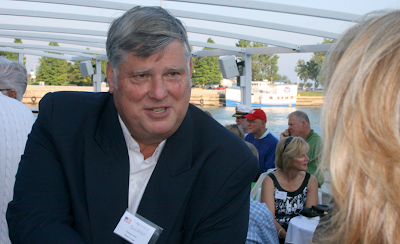 He must have been at the press conference that then-State Rep. Tim Bell set up for me so we could both pledge to work against an income tax increase which we, incorrectly, it turns out, said was most likely to occur if Adlai Stevenson III beat Jim Thompson for re-election.