This was sent by the Democratic Party’s candidate for coroner, Dave Bachmann:

For several months, Dave Bachmann, Democratic candidate for McHenry County Coroner, has provided McHenry County Blog with his assessment of current Coroner Marlene Lantz’s handling of the “Angels of Death” case regarding the Woodstock Nursing Home. Dating back to April 13th and 14th of 2008. 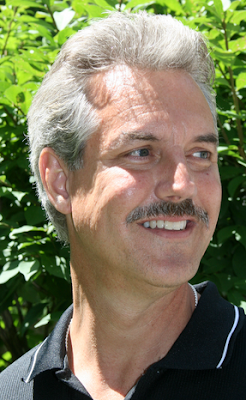 As documented as far back as April 2008, Bachmann has contented and has proved in his writings on his campaign blog, the following statements:

“Lantz should have gone to the nursing home around late APRIL or EARLY MAY. At minimum, the bodies should have been brought back to the McHenry County Morgue to preserve toxicology.”

Lantz now admits on her campaign blog, dated June 27th, 2008 that she was in fact called upon each death by the nursing home, as they occurred. Although during her videotaped interview dated November 17, 2006, she showed total ‘surprise’ by these events having ever happened. Bachmann provides a copy of this video tape on his campaign web site.

“She, (Lantz) was called, yet not one time bothered to take ‘Investigative Command’ of this horrible situation. We now have the ‘Entire Picture’ of what had occurred.

“Once Ms. Lantz released the bodies over the telephone, the bodies were picked up by the funeral homes, embalmed and/or cremated. Thus, any evidence was destroyed via the embalming and or cremation process. Then she stated, ‘there was nothing found in the new autopsy reports (per her own words on her web page).’

“Given the numbers and time lines as provided, I am estimating as many as 20 residents deaths should have been investigated. As painful as this is to witness, it has happened. After 28 years of holding office?

“In Lantz’s writing, she is now trying to hide under the cover of the fact that the death certificates were signed by the doctor. She also states that SHE pulled the records after hearing about this investigation several months after the events occurred. Lantz is NOT a doctor. These medical documents should have been handed over to the Licensed Pathologist who are on contract with McHenry County who actually perform the autopsies for a professional ‘medical opinion.’ Ms Lantz review of any medical documents is meaningless and well beyond the scope of a ‘Coroner’s’ knowledge.


“Contained within and attached to the recent filings of a lawsuit against the Woodstock Residence, were documents from ‘experts’ in the medical profession. Of particular note is a affidavit entered as ‘Plaintiff’s Exhibit B.’ This document contains the ‘Plaintiff’s Expert Witness Report’ as provided and attested to and signed by Bruce Hyman, M.D. Dr. Hyman on behalf of the Plaintiff, examined ALL medical records that pertained to patient Virginia Cole. His expert examination proved the following: ‘As a result of the failure of care by Woodstock Residence, Virginia Cole was administered improper and unlawful amounts of medications including, but not limited to, Morphine Sulfate, which “caused or contributed to cause her death.”’

“Death certificate signing does not physically happen for 2 or 3 days AFTER death. How were the doctors to know what happened at the time of death to all their patients? It would be highly unusual for a doctor to be bedside when any death occurs in a nursing home. Doctors do not make ‘daily rounds’ to nursing homes, as they do hospital patients.

“This is exactly why the coroner is supposed to be keeping proper counts of death to pick up on these very type cases. The coroner’s position, since the beginning of the 1600’s in Europe, was created with the specific mission of acting as a ‘watch dog.’

“The following is a paragraph taken from the formal filing of a lawsuit against the Woodstock Residence and its named co-defendants as filed Friday September 5th:

‘The Plaintiff, VICKIE LUND, as Special Representative and Special Administrator of the Estate of VIRGINIA COLE, Deceased, by and through her attorneys, LEVIN & PERCONTI, complains against the Defendant, WRHC & RC, INC., an Illinois Corporation d/b/a WOODSTOCK RESIDENCE, as follows

’12. At least as early as APRIL 3,, 2006, the Administration including, but not limited to, ALISSA NATAUPSKY and PENNY WHITLOCK, RN, for the Defendant, WRHC & RC, was aware that that Morphine Sulfate was being administered to residents without an order and/or outside prescribed
parameters.

’13. From at least as early as APRIL 2006 until the end of September 2006, the Defendant WRHC & RC, by and through its employees, servants and/or agents, stored bottles of Morphine Sulfate for expired residents instead of discarding the medication, in violation of its own policies and procedures and the applicable standard of care.’

“Bachmann’s contention that had he been Coroner at the time of these horrific events, it appears by the dates he had provided many months ago, he would have caught this situation just as it began, potentially, saving several lives and stopping this situation before it escalated over several more months.

“It’s time for ‘a fresh set of eyes’ in the Coroner’s office,” Bachmann said.

“Unfortunately, this case proves this fact.”