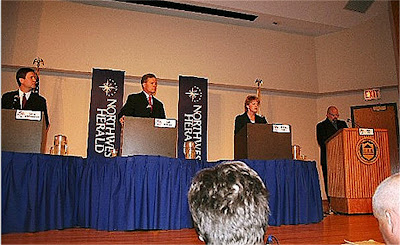 Two years ago, 8th congressional district incumbent Congresswoman Melissa Bean debated Republican David McSweeney and Moderate Party candidate Bill Scheurer once. That debate was the day after Labor Day and sponsored by the Northwest Herald. Newspapers wrote about the gloves being “off” and it’s being “a doozy.” 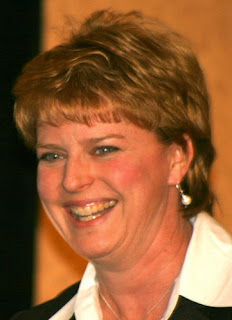 Considering it is now later than that 2006 debate, my guess is that Bean will not debate at all.

“The voters in the 8th District must have the opportunity to ask questions of their Congressional candidates in order to determine who they want to lead them through this time of economic hardship,” said Greenberg. “I proudly stand by my record and talk openly about where I stand on the issues. It is about time Melissa Bean stands on stage with me and answers for her voting record. I know many voters who want to know why she continues to vote against lowering energy prices. “

Greenberg sent a formal request via email, fax and mail to Bean’s Congressional offices in Washington, DC and in Schaumburg and to her campaign PO Box in Barrington.