I decided to drive over to District 158 territory to see the picketing teachers this morning.

Since it wasn’t raining, not too hot and not too cold and between 9 and 11, I figured there would still a sense of adventure on the picket lines.

First I went to the Haligus-Reed Road campus. 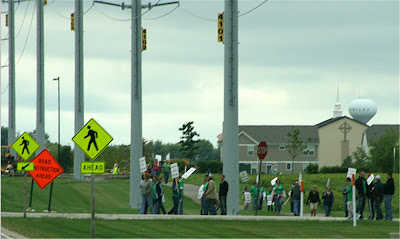 A lot of cars were parked at the Lake in the Hills Sports Complex. I assume their drivers were at the staging area at the entrance of the school 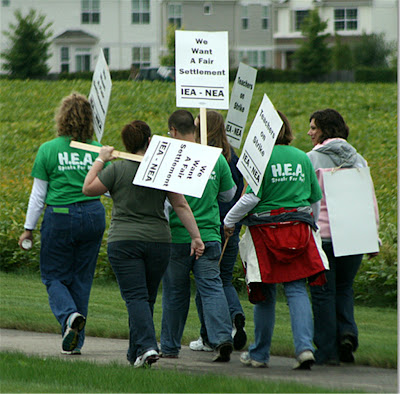 Teachers were walking along the sidewalk from Marlowe Middle School to the two elementary schools. Some were on Haligus. 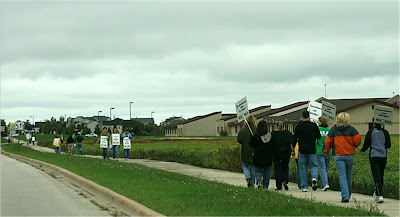 Others had already turned onto Reed Road.

On a hillock in front of the grade schools a group were gathered looking like they were in a meeting, as you can see above and below. 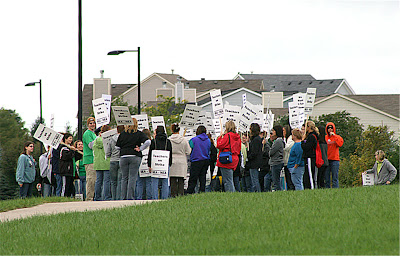 A police car was parked nearby.

As I drove toward Huntley High School and the elementary school next door on Harmony Road, I was listening to WBBM-Radio reports about the demise of Merrill, Lynch as an independent company. Bank of American bought it for stock—no cash changed hands.

Then, the news said that the biggest insurance company in the world, AIG, wanted $40 billion from the federal government. 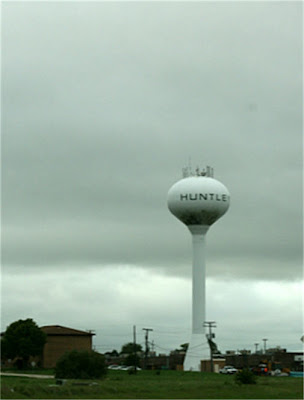 I turned onto Route 47 and saw a dark cloud behind the Huntley water tower. I could not escape the symbolism. 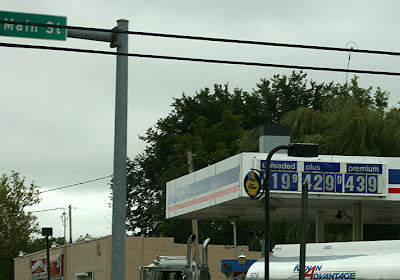 The sharply higher gas prices at the Main Street and Route 47 filling station resulting from the hurricanes was another reminder of how economics are driving both sides in the teacher negotiations. 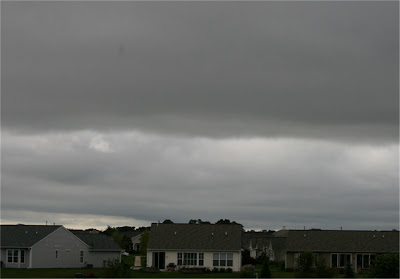 As I drove past what I think was part of Sun City on Main Street, I thought the dark cloud bank above might be an appropriate metaphor for the depleting retirement savings held by its senior citizen residents.

It is likely that both teachers and homeowners, whether retired or not, are concerned about their economic future. 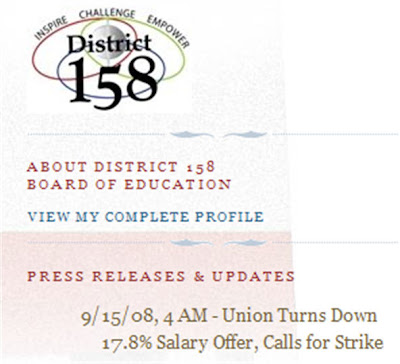 They probably feel like the lowly-paid reporters covering the story of the Huntley Education Association’s rejection of what the Huntley School Board touts as a “17.8% salary offer.” I assume that is over three years, but the school board statement does not give details. 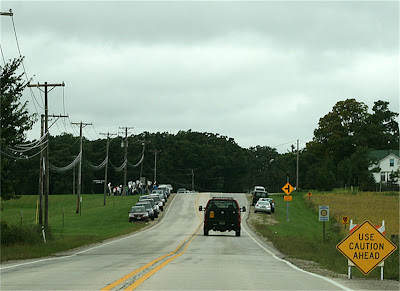 A Huntley village truck had just dropped off a “Use Caution Ahead” sign east of the high school entrance. You can see the cars of picketing teachers parked on the shoulders. 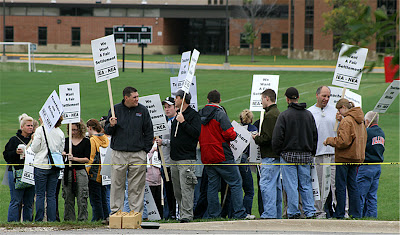 These teachers were standing by the road. 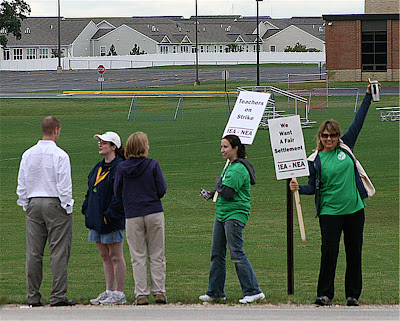 One called out to me that she knew me when I was on the county board. Guess that shows how much I have begun to look like my father. 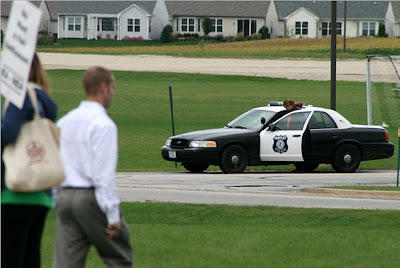 Two police cars were on a service road nearer the high school, but one drove away before I got this photograph. 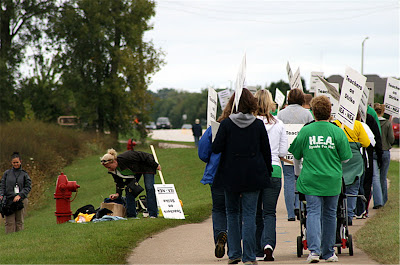 I drove over to the Square Barn campus and found these picketers near a staging area on Wentworth Drive near Academic Drive.

That’s the one with the Administration Building.

The school buses were parked in their spaces, just like they would be any other day at this time. But, they hadn’t been used today.

And, there was no one picketing along the fence, as was the case before a school board meeting on August 21st.

At the Administration Building all the negotiators were gone.

There were more clouds, this time over Alqonquin.

I saw no picketers in front of either of any of the schools on the way to Red Barn Road.

I did notice a Teamster-driven FexEx Truck making a delivery at one of the schools.

Don’t know what that means about other unions honoring the Huntley Education Association’s picket line. 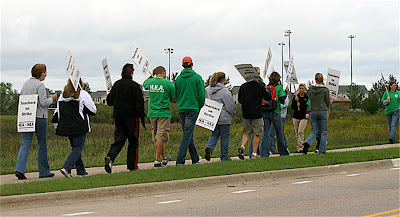 The teachers were all out on the sidewalk on Red Barn Road.

You can see a yellow tape, presumably marking where the teachers can and cannot picket.

These teachers at least seemed to have a bathroom. 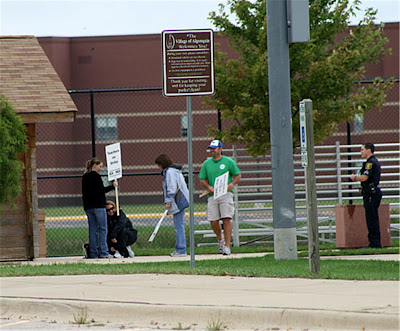 I think that’s what I see in front of the Algonquin policeman at Kelliher Park, where they seemed to have parked. 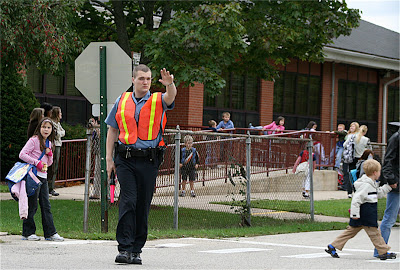 Meanwhile, after school in Crystal Lake, a policeman was watching kids, rather than teachers, when I picked up my son at South School.