Following months of pressure from Congressional Republicans and the American public, House Democrat leaders finally decided last night to allow the 26-year ban on offshore drilling to expire at the end of this month.

The Democrat leaders had planned to renew the annual ban as part of a resolution to continue funding the entire federal government through the next six months, but they changed course after they learned they could not overcome opposition from Congress and the President if the drilling ban was part of the resolution. House Appropriations Committee Chairman David Obey (D-WI) announced last night that Democrat leaders were lifting the drilling ban and that the future President and Congress could deal with it further.

Manzullo was one of the Republicans who stayed on the floor of the House in August after Speaker Pelosi had recessed the body for 5 weeks without allowing a vote on legislation to allow offshore drilling as part of a comprehensive plan to cut gas prices and end our dependence on costly foreign oil. Pelosi cut the microphones and turned out the lights to discourage reporters from covering the protest, but the Republicans stayed throughout the recess and outraged Americans flooded the offices of Congress with phone calls and emails. 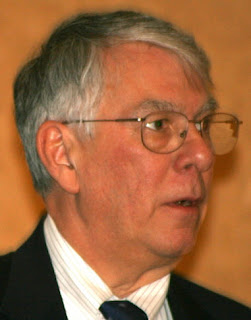 “The outrage of the American people convinced House Democrat leaders that they could no longer thwart the will of the people who were demanding our energy independence and freedom from outrageous gas prices,” Manzullo said. “This is a huge victory for the American people that will allow us to drill offshore to give us the oil we need until new technologies are developed that make us independent of anybody’s oil, including ours.”

Manzullo’s 12-point plan to reduce surging gas prices in America, unveiled earlier this year, includes provisions to increase domestic production of oil and gas as well as 11 other points calling for enhanced conservation efforts, development and commercialization of alternative and renewable fuels, and tax relief.