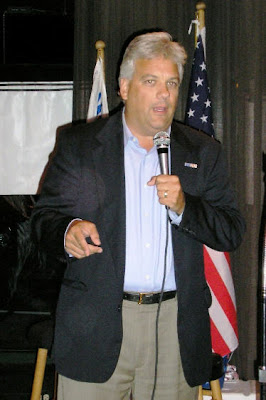 While my family was playing Bugopoly at the kitchen table, McHenry County Democrats gathered last night in Woodstock’s too appropriately named Stage Left Cafe to watch the last presidential debate. To learn more about what they did, you can read the party’s press release below.

I wonder if they had “Energized Democrat” tee shirts the way the Republicans do. 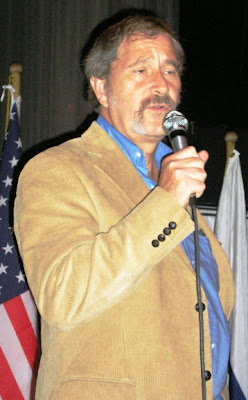 Representative Jack Franks opened the evening with an acknowledgment that Obama had energized the electorate and helped transform the political landscape of McHenry County. He called on the audience to take that energy and apply it to candidates all down the ticket on the local level.

Robert Kaempfe, candidate for the General Assembly from the 64th District pledged to “lead by example” on issues like energy independence. Pointing to the incumbent state’s attorney’s billing of personal expenses to tax payers Auditor candidate Kerry Jullian and State’s Attorney candidate Thomas Cynor each attacked the culture of arrogance and entitlement of entrenched Republican leadership. They pledged fiscal responsibility, transparency and integrity in office. 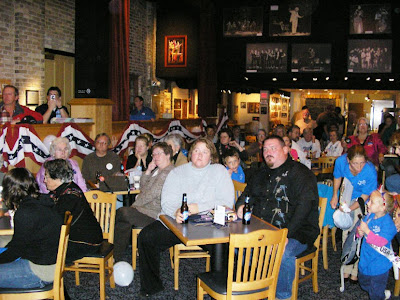 Candidates for County Board paraded to the microphone to call for diversity of opinion on the Board. James McTague (D-1), Jill Mawhinney and Anita Harmon (D-2), Kathy Bergan Schmidt (D-3), Paula Yensen (D-5), and Bob Ludwig (D-6) hammered away on issues of accountability to tax payers, land use planning, groundwater preservation, and better government.

Meg Murray Bradshaw of Northwest Suburbs of Chicago for Obama called for volunteers to phone bank and travel to battleground states for Obama. Several attendees signed up for trips to Wisconsin. 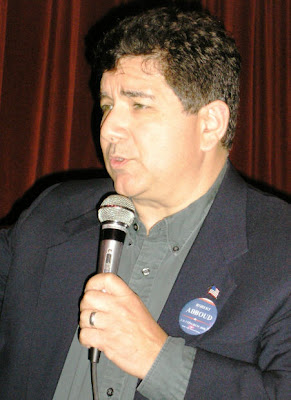 16th Congressional District Candidate Robert Abboud arrived from a Rockford newspaper endorsement interview just in time to fire up the crowd with an impassioned call to arms. He said that the magnitude of the country’s problems in the face of the current economic emergency truly made this “the most critical election of our lifetimes.” Change, he said, must be secured from the “top of the ticket down t o the most local race.” Abboud told his cheering listeners to each find “at least 16 Republicans or uncommitted independents” and convince them to vote for that change.

A highlight of the rally was a special auction. 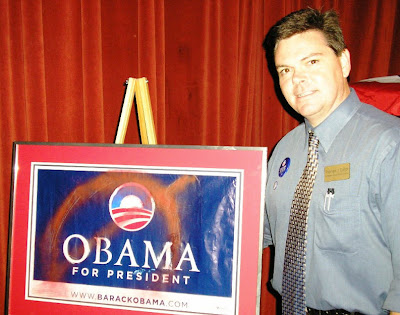 Noting the ugly turn of the campaign as John McCain’s fortunes have waned, Cynor, who has coordinated the Democratic Party’s yard sign operation, noted that many of the more than 500 Obama campaign signs placed in the county have been stolen or vandalized. In one case, signs were vandalized three times and the home of the sign host was broken into and defaced. One of those vandalized signs was framed and put up for auction “to show that we cannot be intimidated.” The spirited auction ran up the price to $2,000 and was won by Cynor himself. Proceeds will go to supporting local Democratic candidates.

The crowd stayed to watch the Presidential debate on a big screen TV. They cheered Obama when he landed telling points and hooted at McCain’s perceived misstatements and attacks on Obama. 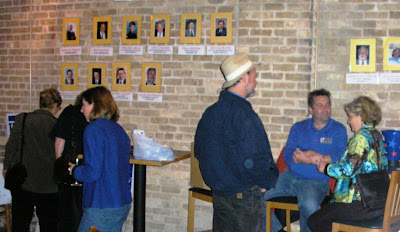 Members of the crowd departed with unabashed enthusiasm taking with them buttons, bumper stickers, yard signs and a renewed commitment.