8th congressional district challenger Steve Greenberg has done the homework that writers like I should have done and discovered that two-thirds of the money that his Democratic Party opponent Melissa Bean raised has come from what he calls “special interests.”

By that he really means political action committees or PACS.

Greenberg points out in his press release that during the last quarter he has raised more from individuals, while Bean has gotten only $150,836 to $150,818.

Looking at the entire campaign cycle, Bean out raised Greenberg among citizens $1.3 million to $720,763. 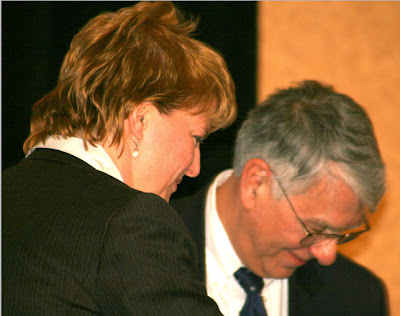 Comparing incumbent to incumbent, Don Manzullo received two-thirds of his money from individuals, while Bean got only 46%.

“I am so thankful for the support of the hard-working members of the community, especially as they struggle through the economic crisis,” said Greenberg. “Meanwhile, my opponent continues to show that she is interested only in representing the special interests with deep pockets. She has accepted nearly a million dollars from the financial sector in exchange for lax oversight of their lending practices, which led to the taxpayers having to bail out financial institutions.

“No matter how much money the special interests give Melissa Bean, she will never have enough money to hide from the fact that we are not better off than we were four years ago when she was elected. The 8th District deserves better. The hard-working families deserve a Representative who will be a voice for them in Washington.”