They went to both Republicans and Democrats, even in McHenry County.

With a major union hall in Volo just across the McHenry-Lake County line, Local 150 made the following donations to candidates and public officials with constituencies in McHenry County: 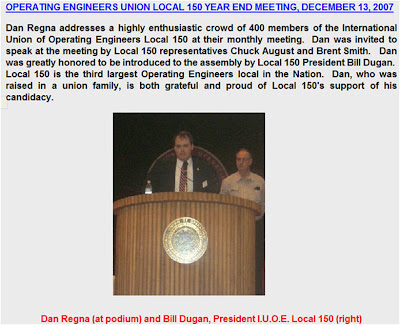