8th congressional district Republican Party challenger Steve Greenberg hit hard at incumbent Democrat Melissa Bean in a press release today. Greenberg charged that Bean “acted on behalf of the mortgage giants and drafted the ‘Bean-Neugebauer Amendment,’ which weakened the regulation and undermined the bill….even solicit[ing] feedback from Fannie Mae and Freddie Mac on her amendment.”

Read the whole press release below:

LAKE ZURICH 10/22/08 – On the eve of the mortgage crisis in May of 2007, Congress attempted to pass a bill that would establish new regulatory oversight of Fannie May and Freddie Mac to ensure their troubles did not carry over to the entire economy.

Arguing in favor of this amendment on the House floor, Rep. Melissa Bean (D-IL) stated: 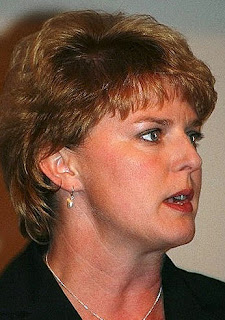 “The House must once again reject the vague notion of systemic risk and be clear that it is not intended to be a criterion applied by the new GSE regulator.

“[Under this amendment] the regulator would not be authorized to shrink, cap or limit the size of the GSE portfolios based simply upon a nebulous determination that the portfolios are too large or that they might pose a risk to the overall system.”

As a result of the Bean-Neugebauer Amendment, the bill stalled for over a year, delaying critical regulation that could have softened the blow Fannie and Freddie put on the economy and helped avoid the current economic crisis.

Fannie Mae praised Melissa Bean for her amendment while the GSE Report pointed out the obvious benefits to Fannie and Freddie. The Wall Street Journal said the amendment “guts the one provision that made [the bill] worth the effort.”

Steve Greenberg, Republican nominee for the 8th Congressional District, will be hosting a conference call with reporters on Thursday to discuss Melissa Bean’s ties to Fannie Mae and Freddie Mac and her role in the economic crisis.