So is the current Republican incumbent, Bill Peterson.

Is that any reason for the abortion zealots at Personal PAC to lie about Duffy’s position?

Personal PAC sent out the mailing you see below saying Duffy wants to put women who have abortion in jail.

“I would never in a million years want a woman put in jail for having an abortion,” Duffy told Daily Herald reporter Bob Susnjara.

Here are the parts of the mailing. First the front and the address sides: 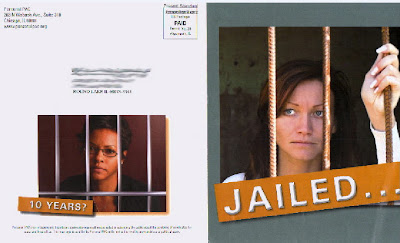 Here’s what I think was inside before unfolding further. You could see it on the right and the part to the left of the “VO” at the bottom when the piece is first opened: 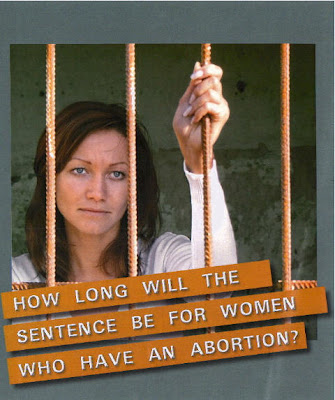 Below is what is on the inside. The left two-thirds, then most of the right one-third. 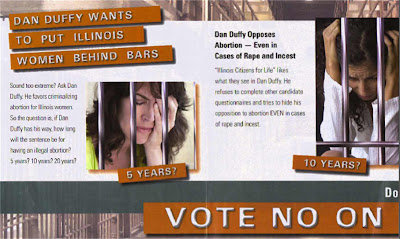 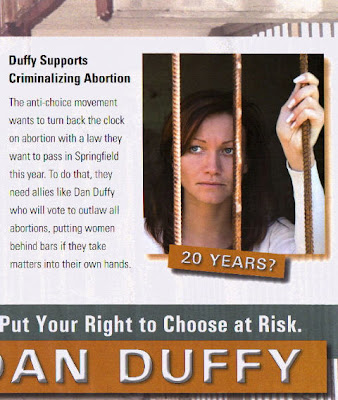 Do they look fair to you?

They do not look fair to me.

In fact, they look despicable.