We move on to the second side of the Democrats McHenry County Monopoly board game. 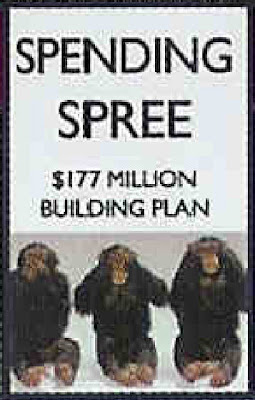 Where the first utility would be, two spaces after the jail is another three monkey space.

I have to admit to not following county government closely enough to know anything about this.

Maybe that means it’s not being seriously considered.

After all, county government doesn’t have that kind of money laying around.

The big money county government is spending right now is on county roads. 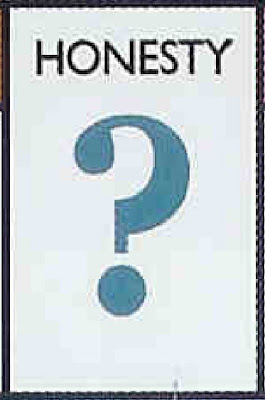 Oh, that the Democrats controlling state government would do the same on state highways like Route 31 in McHenry County.

Moving along to the second railroad spot on the Monopoly game we played as kids is another question mark.

It has the same message as the first:

I wonder if all the railroad properties will be a variation on that theme. 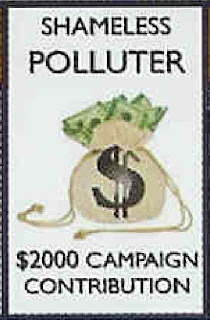 Where the second Community Chest space would be, two spaces before the regular game’s Free Parking is another money bag.

Above and below the money bag is 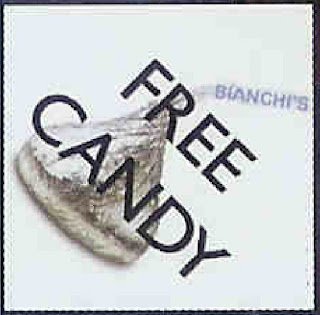 The real game’s corner space, called FREE PARKING, has been changed, too.

It pictures a candy kiss and has “BIANCHI” (referring to State’s Attorney Lou Bianchi) superimposed on the paper pull tab used to unwrap the foil.

That’s a reprise of the attack made possible by Daily Herald columnist Amy Mack, which was fostered and promoted by then McHenry County Republican County Chairman and still McHenry County Treasurer Bill LeFew and his primary candidate Dan Regna.

These were among the expenditures about which one of McHenry County State’s Attorney primary challenger Dan Rega’s supporters complained to the Illinois Attorney General’s Office. Lisa Madigan’s office saw no reason to take any action.