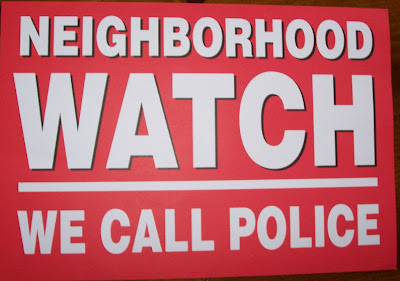 Police know they cannot be everywhere so they have developed a Neighborhood Watch program in many communities.

The police ask people to let them know when they see something suspicious.

Dave Bachmann, the Democratic Party candidate for McHenry County Coroner apparently did that. 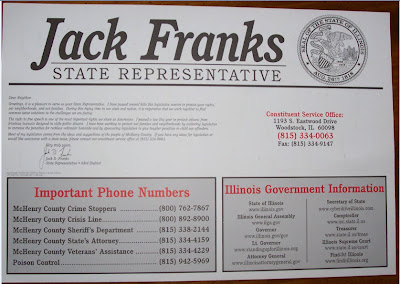 Being trashed in the Northwest Herald and dissed by Sheriff Keith Nygren.

They say no good deed will go unpunished.

= = = = =
The Neighborhood Watch placard was sent to constituents by State Rep. Jack Franks.

Click and enlarge it and you will see that the McHenry County Sheriff is one of the numbers people are encouraged to call.