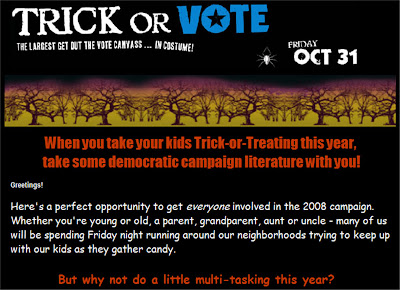 His people are urging potential constituents to take Democratic Party literature to hand out in the neighborhood while they go trick or treating with their children.

Excellent idea, I would say.

I’ll bet Republicans could do it, too.

Gentes and Republican Dan Duffy are facing off for the privilege of replacing Bill Peterson in the eastern McHenry, western Lake and northwestern Cook County district.