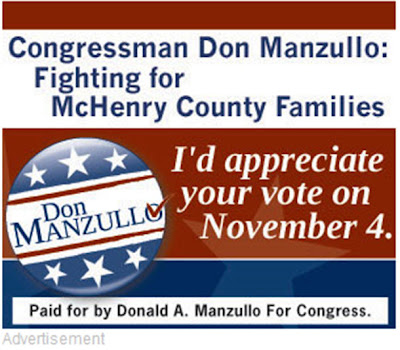 In the Chicago Tribune’s article yesterday about races to watch, the 16th congressional district was not included.

In his daily appearances, Democratic Party opponent continues to concentrate in the Rockford television market.

No reason he should do anything in McHenry County, because the NW Herald wouldn’t cover it.