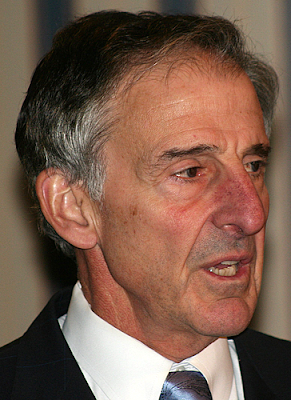 It was a pretty good call, although I could noticed parts had been spliced together.

Bianchi warned that his opponent Tom Cynor was “attacking me in a last minute smear campaign. That’s unfortunate…”

He said he had “gone after violent crime with (experienced prosecutors).”

“I would be honored if you would re-elect me (tomorrow).”

And, there you have as much as I could scribble down.