If you got a school newsletter that usually came at the end of November right before the election and it included the following column, would you think the school district was spending tax dollars to convince you to vote in favor, even though no where do the words, “Vote Yes,” appear? 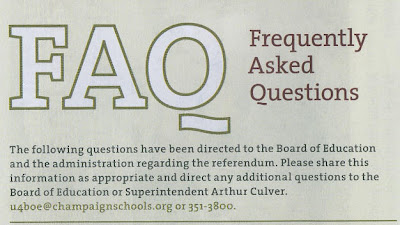 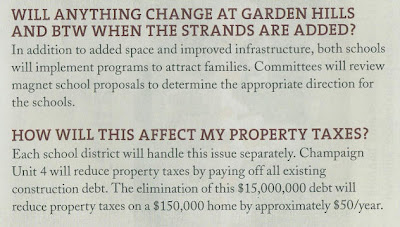 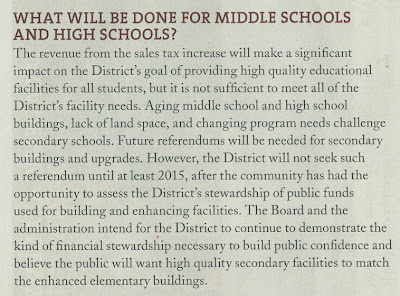 Just wondering if you thought this was an appropriate use of tax dollars.

This was sent out right before the sales tax hike referendum by Unit District 4 in Champaign County.

Since at least the folks in Champaign County get to vote before they have a mega sales tax hike, I guess I should cut them some slack.

Mayor Aaron Shepley’s Crystal Lake City Council did not allow a referendum on whether or not to raise the city sales tax 75%.

= = = = =
Thanks to Champaign County Board candidate Corben Rice for taking the time to scan and send me this part of the school newsletter.