The picture above and email below was received form 8th congressional district Republican candidate Steve Greenberg. The picture shows him and his children leaving a hockey arena.

Greenberg lost his race with incumbent Democrat Melissa Bean, receiving just over 40% of the vote. He did best in McHenry County, where he won almost 45.6% of the ballots.

Steve Greenberg’s message to his supporters:

Thank you so much for your support in this election. Last [election] night, at 10:30 pm, I called Congresswoman Bean to concede, and congratulated her on her reelection. It was a hard fought battle, and we fought valiantly, but we fell just short of our goal.

In our electoral process there are no losers, because we all have the great privilege of waking up as Americans. Many people said this was not the year to run for office in Illinois. However, over the years, as I fought to revive struggling businesses and save jobs, I learned that in order to accomplish great things you have to be willing to take a chance. It is the ability to take those chances-the ability for a small businessman to run for office-that makes America the greatest country in the world. 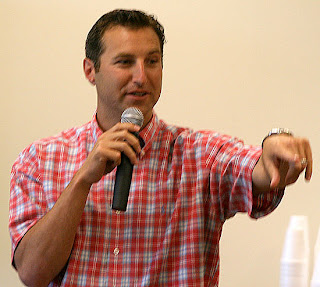 I want to thank you all for your support throughout this long campaign. While I’m disappointed in the outcome, I am so proud of what we accomplished together. We fought against the special interests and Washington insiders. We fought against the pundits and the naysayers. And we reminded Washington that they have a duty to work for us-that we are the customer. We can be proud of what we accomplished together.

What we worked for these past months is more important than one election. The principles we championed will last longer than you and I are around, and we must continue to press on. We launched our campaign over a year ago because we believed that Washington had forgotten who the customer was. They stood with the special interests while our economy faltered, and resorted to partisan bickering while gas prices shot through the roof. While hard-working Americans had to tighten their belt, Washington spent our money as if it was on an endless conveyor belt. 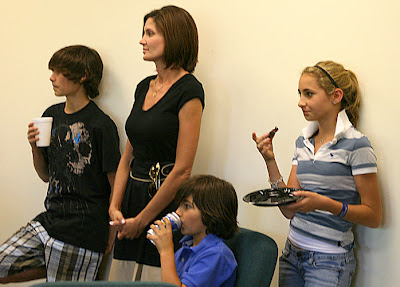 You and I fight for the dreamers out there, the hard-working Americans who labor tirelessly to provide for their family and to achieve success as they define it. They don’t want handouts, and they don’t need government to spread the wealth-they got where they are today through hard work, and they won’t quit until they achieve their dream.

This isn’t the end, it is only the beginning, and I look forward to working with you to ensure we continue moving our district, state and nation in the right direction.

Thank you so much for your support. It was an honor to represent you in this election.