Warning: Parameter 2 to wp_hide_post_Public::query_posts_join() expected to be a reference, value given in /srv/users/serverpilot/apps/wordpress/public/wp-includes/class-wp-hook.php on line 292
 Huntley School Board May Reward Good Leadership at Service Workers Union - McHenry County Blog ↓
McHenry County Blog Home

When a union and management works together it can pay good dividends for both sides.

A lot of time this is idle talk. Not so in the Huntley school district. In fact, in Huntley you have a large contrast between the strike happy teachers’ union and the other union, which worked out a contract in less than a week.

You see there are two unions in the Huntley school district. 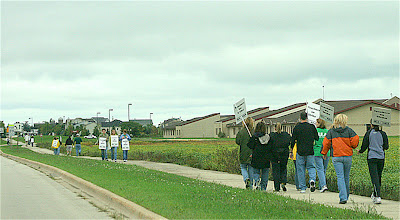 One is the teachers’ union, euphemistically the Huntley Education Association, whose leaders adopt a “strike, don’t compromise” combative approach.

The second is the service workers union, HESPA, the Huntley Educational Service Providers Association. HESPA leaders are no less protective of their members’ rights, but they take a “let’s work this out together” approach when dealing with management.

Two and a half days of serious negotiations for HESPA. No strike.

The teachers have more formal education, but the service workers obviously have more street smarts when it comes to getting management to listen to their point of view. 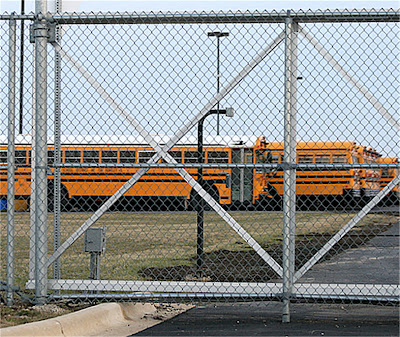 It might just be common sense, but the service workers realize that constantly ticking off management ruins one’s credibility and makes it harder, not easier, to get a favorable outcome.

The Huntley teachers’ union leaders seem to feel they are entitled to get whatever they want.

The contributions were the monthly benefit contributions from the District allocated to the employees. But there was no specific mention about additional costs. Potential additional minimum costs weren’t bargained for with HESPA last time around.

The Board decided during teacher negotiations that it would not ask the HESPA employees to pay the $20 per month.

If you look at how much in attorney fees were invoiced during teacher negotiations you can bet the decision was based on the advice of counsel.

The Board informally informed HESPA through the school administration they would not charge or add in the $20 per month in minimum fees.

At last Thursday’s Board meeting this topic was discussed.

It looks like the board is going to keep its word and not charge the HESPA employees the minimum $20 per month.

A final vote will be at this month’s Board meeting where the union that didn’t annoy the board may be officially rewarded.

As a practical matter, if you cost taxpayers about $2,000 in legal fees to do a contract, as opposed to the $50,000 to $70,000 in legal fees the teachers adversarial approach caused, there is an inherent cost justification available for such a Board decision.