Fresh from voting against the $700 billion bailout falsely advertised by U.S. Treasury Secretary Henry Paulson to be used to buy bad mortgages, 16th district Congressman Don Manzullo will be one of the questioners at the nationally televised automobile bailout hearings today. 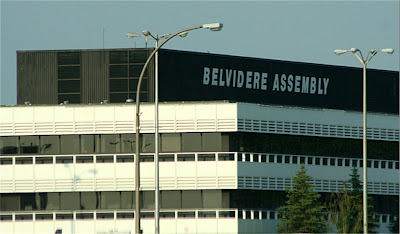 Manzullo’s district is just south of Janesville, Wisconsin, where GM has announced the closing of its plant at the end of the month.

The district includes Belvidere, where the Chrysler plant is located.

Manzullo will be the fifth Republican to speak.

Below are the details from his press release:

[WASHINGTON] Congressman Don Manzullo (R-IL) will join his colleagues tomorrow morning at a Congressional hearing to examine the plans Ford, Chrysler and GM submitted this week along with their request for government assistance.

The House Financial Services Committee hearing will begin at 8:30 a.m. CT Friday, Dec. 5, in the Rayburn House Office Building in Washington, DC. The hearing will be carried

Manzullo, a member of the committee, is scheduled to give an opening statement during the hearing as well as question the CEOs of the Big 3 – GM’s Richard Wagoner, Jr., Chrysler’s Robert Nardelli, and Ford’s Alan Mulally.