I rarely watch “Saturday Night Live” anymore, but with Channel 5 News promoting it at 10, I decided to tune in. 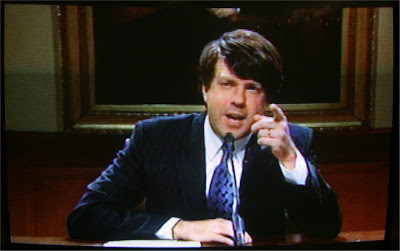 Our esteemed Governor Rod Blagojevich was featured in the opening skit.

He was testifying before a U.S. Senate Committee seeking a “bailout.”

His requests were absurd, of course, but not particularly funny.

A too young looking Senator Elizabeth Dole told the Governor told Blagojevich that he was a “disgrace to Illinois.”

She quickly recovered, saying something like, “Well maybe not to Illinois, but if you were a governor of any other state you would be a disgrace to that state.” 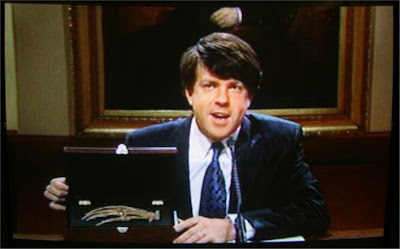 Rod tried to sell Lincoln’s wedding ring, complete with bones of his left hand. A certificate of authenticity would be supplied, plus a video showing where it came from.

An actor playing a senator apparently though Lincoln was buried on the grounds of the State Capitol.

How much research would it have taken to check that out?

Guess there are no Second City graduates on the show.

The actor talked in an accent that was not Blagojevich, but, instead closer to a “dem” and “dos” gangster imitation. 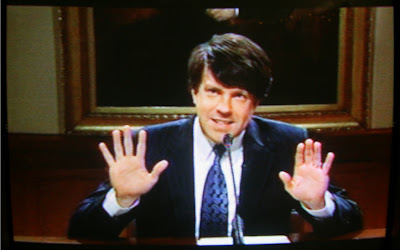 Offering to protect the U.S. Capitol from arson and the senators cars from theft was worked in near the end of the skit. Blago said he had “friends” who could provide the service.

Now, Blago did take a contribution from a mobbed up company, but he gave it back to them when I called it to his political guy’s attention. I guess the Governor wanted to help them pay their legal fees. 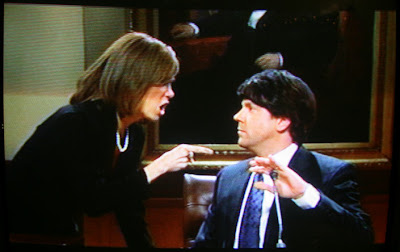 Wife Patti showed up seeking a seat on the board of NASA, whatever that is.

“You promised me,” she shouted with expletives deleted.

The main comic device throughout the skit was frequent bleeped out F-bombs and MF-epitaphs.