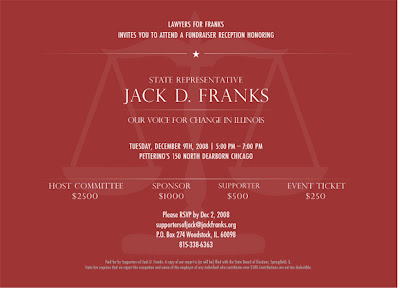 December 9th was the date for State Rep. Jack Franks’ latest Chicago fund raiser, according to an invitation I just found on his political web site.

Look at the levels of suggested contributions: 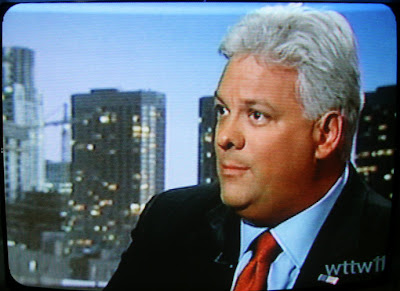 December 9th, you may remember was the date that Illinois Governor Rod Blagojevich was arrested by the FBI.

What phenomenal timing for a prominent critic of the Governor to raise money!