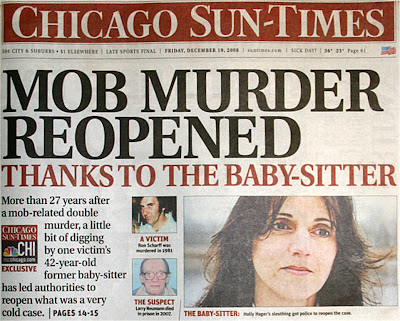 I was told by Howard Nehlig, administrator of McHenry County’s nursing home (called Valley Hi) when I was McHenry County Treasurer in the late 1960’s, that the top floor of the old poor farm was used to patch up gangland victims.

That pretty much presupposes that some county officials were in cahoots with the mob.

Now Carol Marin and Don Mosley come forth with stories on WMAQ-TV Thursday night and the Chicago Sun-Times on Friday.

“Was Small Town Mob Murder Covered Up?”
and 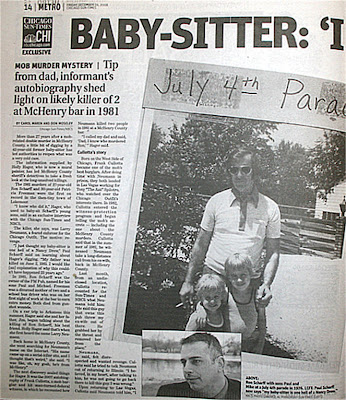 “MOB MURDER
REOPENED
THANKS TO THE BABY-SITTER“
and

Chicago Sun-Times inside side bar story,

“’Lurch’ a ruthless man who lived to kill: Cullotta” 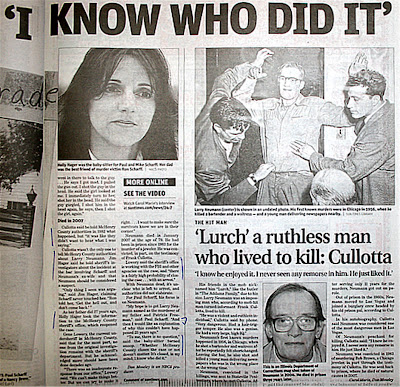 A huge, bright gangster, Larry Newman, nicknamed “Lurch” because of his resemblance to “The Addams Family” TV show character, was at the PM Pub in Lakemoor in 1981.

He had come back from Las Vegas to avenge his ex-wife’s having been ejected from the bar by 37-year old owner Ron Scharff. Patricia Freeman, working her first day at the bar, saw Neumann shoot Scharff in the head. The divorced mother of two was killed, too.

The source of this information was Frank Cullotta, a Los Vegas mob burglar who entered the Federal witness protection program in 1982.

Here’s where it gets politically interesting. Read what the Sun-Times story says: 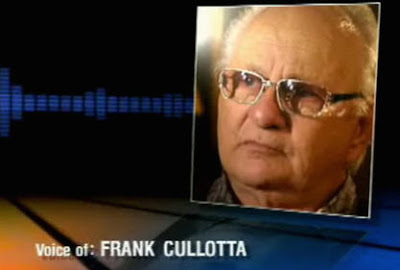 “Cullotta said he told McHenry County authorities in 1982 what happened, but ‘it was like they didn’t want to hear what I was saying.’

“Cullotta wasn’t the only one to tell McHenry County authorities about Larry Neumann. Jim Hager said he told sheriff’s investigators about the incident at the bar involving Scharff and Neumann’s ex-wife and that Neumann should be considered a suspect.

“’Only thing I seen was arguing,’ said Jim Hager, claiming Scharff never touched her. ‘Ron told her, “Get the hell out, and don’t come back,”’” 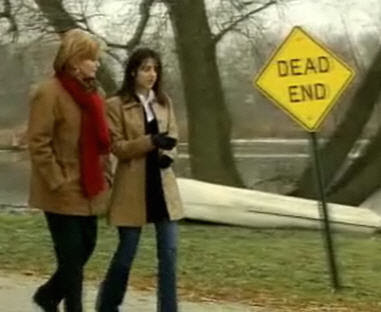 Hager is the father of the Scharff’s babysitter, Holly Hager, who connected her father’s mentioning of Neumann in connection to his best friend Scharff’s murder with Cullotta’s 2007 autobiography’s recounting of how Neumann killed two people in a McHenry County bar in 1981.

McHenry County’s Under Sheriff Gene Lowery pointed out that most people working for the department 27 years ago have retired, but said that the office is working with the FBI and “there is a fairly high probability of closing the case…with an arrest,” according to the Sun-Times article.

Ron Scharff’s son Paul, one of the children Holly Hager babysat for told the Sun-Times,

“I would like an explanation of why this couldn’t have happened 25 years ago.”

In both Year Books I found Henry A. Nulle, Jr., known as Hank, is listed as McHenry County Sheriff. The deputies in the Criminal Investigating Division are also listed.

Here’s an article from the time that I found here. Note that the reporters spell Nulle’s name “Mulle.”
Images may be enlarged by clicking on them.