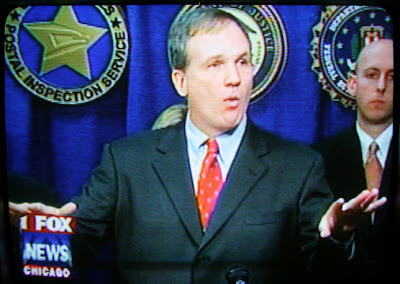 Peoria is not in the court district in which Fitzgerald serves.

If one were thinking about running for statewide public office, someone like Fitzgerald would be trying to make himself known through Illinois.

Could this be an leading indicator that Patrick Fitzgerald might be willing to run for office?

If he wanted to take that leap, following in the footsteps of Jim Thompson, who seemed to lust for the office of governor long before he left the U.S. Attorney’s Office, this might be Fitzgerald’s first step.

Would he run as a Republican or a Democrat?

No one I know has a clue where he stands on any issue but public corruption.