I was doing some shopping and between stores happened onto Bruce DuMont’s “Beyond the Beltway” radio talk show on WLS-Radio last night.

DuMont was talking about Governor Rod Blagojevich’s refusal to resign, which I predicted the Friday before last.

I’ll get to what McHenry County’s Democrat State Representative had to say in a minute, but, before I do, let me try to quote what host DuMont said Democratic political consultant James Carville said on some TV show Sunday morning:

“Everyday Rod Blagojevich stays in office does damage to the Democratic Party.”

Republican Bruno Behrend had previously given the same advice on DuMont’s show: 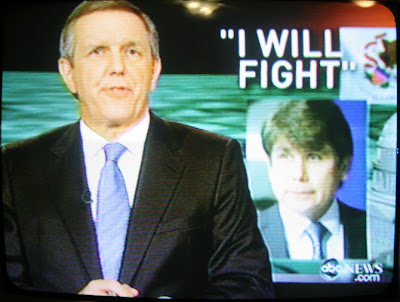 Indeed, although I was otherwise occupied Saturday night, it would seem to me there would have been a follow-up to December 13th’s opening skit about Blagojevich’s and his wife’s “bleeping” language.

Especially since Blagojevich made his

speech on Friday and was all over the national news because of it. 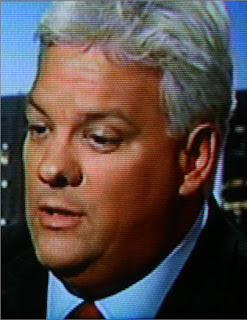 But, back to Franks.

“I think it could be wrapped up pretty quickly…shortly after the first of the year,” Franks, a member of the impeachment committee told DuMont.

He said that the committee will “continue to get evidence and hear from other witnesses…(expecting to decide) on what to put in articles of impeachment.

Any new evidence that might be involved in the U.S. Attorney’s criminal investigation will depend on what Fitzgerald allows, Franks indicated.

He specifically mentioned he would like to know the details of the woman who gave Blagojevich’s daughter $1,500 for a birthday present, then got a job in Whiteside County and next was transferred to her home county of Cook.

“The potential to do damage is his only trump card,” Franks said suggesting he did not think the governor would resign.

In a discussion about Jesse Jackson, Jr.’s having worked with the U.S. Attorney’s Office prior to becoming Candidate 5 in the criminal complaint against Blagojevich, Franks revealed,

Franks stuck to his position that the replacement for President-elect Barack Obama should be elected.

= = = = =
That’s Bruno Behrend hold the bumper sticker urging a “Yes” vote on Con-Con at the Decatur Republican State Convention in June. Governor Rod Blagojevich is seen on national ABC news in the center. State Rep. Jack Franks is shown on the WTTW Chicago Tonight show the night the Governor was arrested.