David Rokusek lives in Crystal Lake and owns The Atomic Toy Company in Galena, Illinois. It specializes in toys from the 1950’s and 1960’s.

Two years ago he featured his son in a “Living Christmas” window display. At the time his son looked just like Ralphie from the movie “A Christmas Story.”

In fact, his son looked so much like the movie’s star that Chicago Tribune columnist Eric Zorn used the photo that one of Rokusek’s Galena friend Sarah Breemer supplied and it ran Friday and again in color on a mid-December 2006 Sunday column.

But two years have changed the shape of Jacob’s face. He no longer looks like Ralphie. 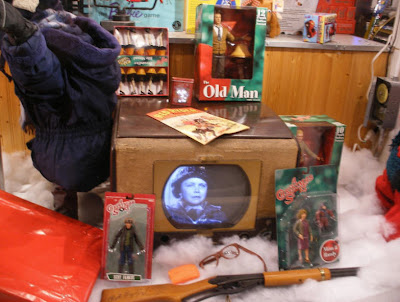 Ralphie is back, but this time the display is not living.

You can see him with his tongue frozen on the steel playground pole. 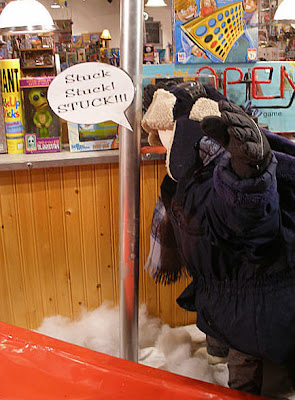 Ralphie’s little brother has fallen in his overstuffed snow outfit and can’t get up. 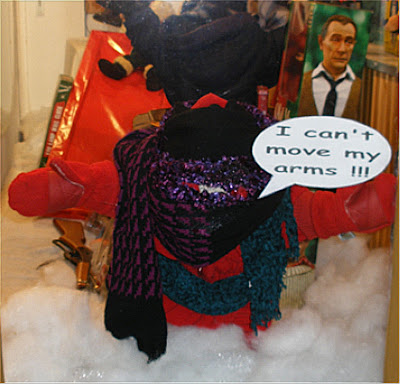 And, of course, there is Ralphie. 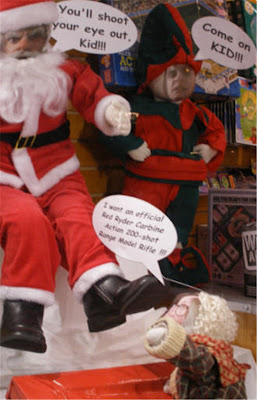 He is asking Santa for a Daisy Rough Rider BB Rifle and Santa is echoing the advice his mother gave him, 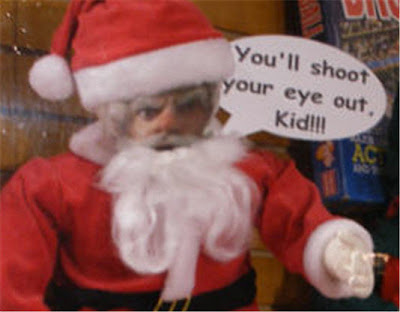 The Atomic Toy Company now has a web site from which people can order toys from their childhood.

They won’t get to you by Christmas, but they might by a child’s birthday.

All photographs may be enlarged by clicking on them.