No, this is not about Roland Burris, but it could be, as Tom Roeser points out. 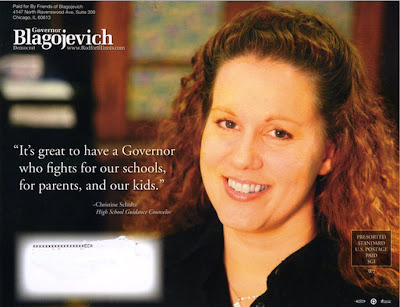 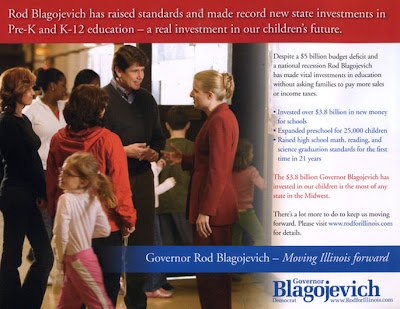 “presidents of our largest universities” who “acquiesced to budget cuts and the governor’s ridicule of higher education.” 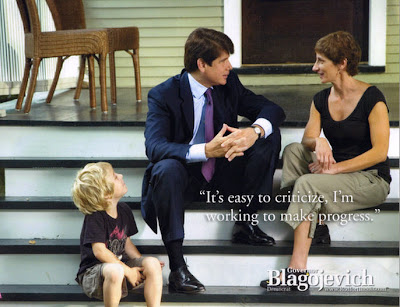 Lawrence always did have a way with words and an intolerance for corruption.

For my part of this article, I’ll show you some of the enablers who appeared in my mailbox to promote Blagojevich’s re-election.

Three direct mail pieces from the Blagojevich campaign were sent to
my mailbox.

And I’ve voted in every Republican primary election since I was old enough to register in 1964. 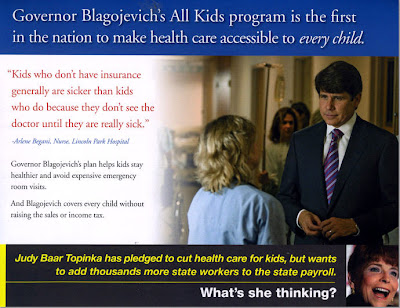 That’s what pay-to-play money will buy an incumbent Illinois governor.

For all four panels of the third mailing seen above, which was the first one I received, click here.

The article on the third mailing that Blagojevich sent to Republicans is here.