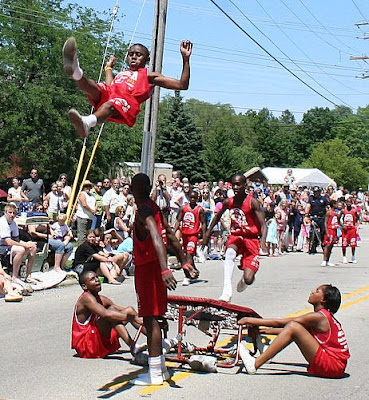 Now the Illinois Supreme Court has ruled that White’s signature is not needed.

White had maintained that his signature was not necessary.

So White won’t have to flip like one of his skilled tumblers.

The move is up to the United Senate now.

What will the weak Harry Reid do now?

= = = = =
The Jesse White Tumblers were in Crystal Lake at the corner of Dole and Crystal Lake Avenues at the 4th of July Parade in 2007.