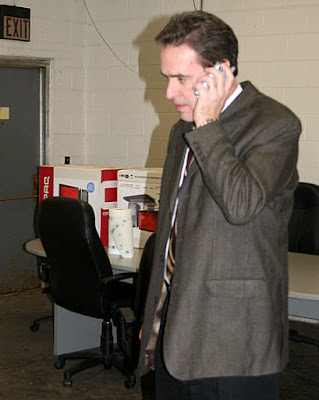 $7,725 went to other political action committees, as follows:

= = = = =
State Rep. Mike Tryon takes a call in the back room of the new McHenry County Republican Headquarters at No. 8 in the tip of the Crystal Lake Plaza.