Warning: Parameter 2 to wp_hide_post_Public::query_posts_join() expected to be a reference, value given in /srv/users/serverpilot/apps/wordpress/public/wp-includes/class-wp-hook.php on line 292
 Will Tallest Structure in Illinois Have an Observation Deck? - McHenry County Blog ↓
McHenry County Blog Home 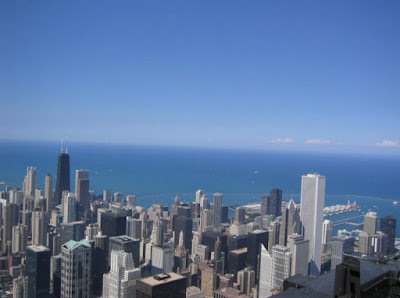 Among the questions that popped into my head as I was thinking about Crystal Lake’s being the site of the tallest structure in Illinois is whether the broadcast tower would have an observation deck like the one at the Sears Tower from which this top photo was taken.

I’m not sold on this permanent and drastic change in our McHenry County skyline, but with an elevator and an observation deck, such a tower could easily become the biggest tourist attraction in Crystal Lake.

And, think of the traffic congestion reports that could be obtained from such a structure. Maybe that could be done just as well with remote controlled cameras.

Compare such a destination to what is listed on the Crystal Lake city web site under “Visitors” tab and, then,

“What to Do in Crystal Lake”

If you are looking for something fun to do, Crystal Lake has much to offer all year round! 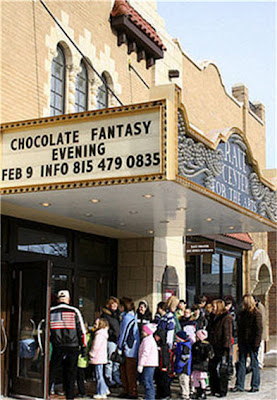 Antiquing at Many Local Shops
Downtown Crystal Lake – Shopping, Dining, Entertainment
Enjoy an eclectic collection of shops and restaurant along Williams, Grant and Woodstock Streets. Catch a performance at the Raue Center and enjoy year round events.
Website

Over 50 miles of local bike paths

= = = = =
I’ve added the photos to what I found on the city web site. I hope Crystal Lake will do something similar. You see the Raue Center from last year, a couple of kids on a carnival ride at the Dole Mansion, Williams Street in late afternoon earlier this week and last year’s Doc Haznow Chili Open. This year’s is this Saturday.

The photograph looking down on Chicago and Lake Michigan is from the Sears Tower Skydeck and is used with permission.

All may be enlarged by clicking on them.