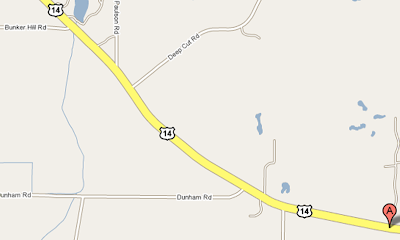 2.35 miles of Route 14 resurfacing is the only stimulus project “shovel ready” in Don Manzullo’s 16th congressional district, his office reports.

That’s between Woodstock and Harvard.

The cost is $915,000 for this Illinois Department of Transportation project. 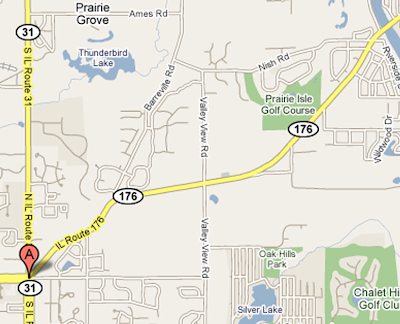 There’s another $1.6 million IDOT repaving project on Route 31 ready to go. It’s 3.89 miles on Route 176 from Route 31 to the Fox River. It goes right through Prairie Grove.

Not much, but IDOT has been shortchanging McHenry County for a long time.
= = = = =
Park Lane is marked on the Google map. Bunker Hill Road is in its upper left hand corner. The bottom map shows Route 176 from Route 31 to the Fox River.