Written by Fernando Diaz, the article starts with the Crystal Lake arrest of 2003 Honduran immigrant Osman Maldonado by a McHenry County Sheriff’s deputy.

The cigarette run resulted in the deputy’s finding a fake green card after examining Diaz’ wallet.

That led to a felony arrest for possession of fraudulent documents for 25-year old employed father of two.

After thirty days in jail Diaz plead guilty to a misdemeanor. On that same day the sheriff’s department took him to immigration court. With an electronic ankle device, he now faces deportation. 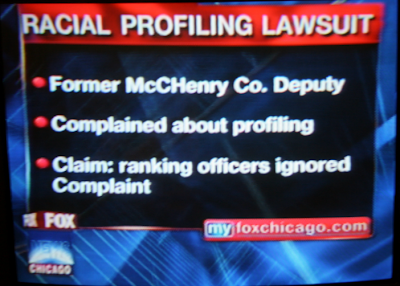 The next mention of McHenry County is way down in the article and the Zane Seipler suite against Sheriff Keith Nygren is the focus. See

According to the article, in his suit, Seipler, whose wife is Mexican, Seipler

“alleged that the office is targeting Latinos—proxy for undocumented immigrants, he said—for traffic stops.

“Seipler said things changed soon after the county began cooperating with the immigration agency in 2006 and started providing space for immigrant detainees at the McHenry County Jail—for $85 per detainee a day. Seipler said he began noticing the pattern that more Latinos drivers were being arrested. ‘The goal was to keep the immigration wing packed,’ he said.”

Seipler asked for an investigation and was eventually fired, the article says, for “violating rules and regulations.”

Nygren told the reporter that Seipler’s allegations, which were investigated multiple times, are completely false and offered these direct quotes:

“I’ve been sued a lot [during] 42 years, [but] this is the worst that I have ever seen leveled at anybody with no basis in fact.

“I’m not going to tell you we don’t have people with prejudices and bias, but if we had someone enforcing the law based upon their bias, we would take action. We would not tolerate it.”

What do the statistics show? 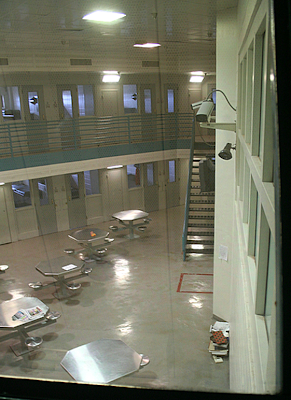 The Chicago Reporter dug out this information:

“Since 1996, law enforcement agencies in McHenry County have filed charges against about 3,000 individuals for driving without a license and, since 1999, filed more than 500 charges for those who were in possession of fraudulent documents, according to the Reporter’s analysis.

“But many of these charges have come from only a handful of communities. Five communities, including Harvard, Woodstock and Crystal Lake, racked up 70 percent of all charges.”

How big is the problem?

State Rep. Edward Acevedo estimated that there are 250,000 “undocumented” driving without licenses or insurance.

Motivation for Getting Involved with the Fight Against Illegal Aliens

The Rule of Law

Enforcement Techniques, specifically, how 287(g) training is not necessary to get started,

Other Crimes by Illegal Aliens,

Terrorism and Bondage, and

What Daniel Beck Told the Minutemen at MCC – Part 9 – What Wouldn’t Fit Elsewhere, Including Retirement Plans

Other articles about the Minuteman meeting include

“Minutemen Are Back with Sheriff Dan Beck Seminar”

“The Goals of Mexico”

“So Many Illegals, I Could Not Get a Job”

The picture next to the Sheriff Dan Beck articles is of Beck. The section of the McHenry County Jail shown is the floor rented by the U.S. Immigration Service.