Warning: Parameter 2 to wp_hide_post_Public::query_posts_join() expected to be a reference, value given in /srv/users/serverpilot/apps/wordpress/public/wp-includes/class-wp-hook.php on line 292
 A (Mainly) Political Tour of the Crystal Lake Expo - McHenry County Blog ↓
McHenry County Blog Home

My friend Pete Castillo and I decided to take in the Crystal Lake Chamber of Commerce’s Business Expo Saturday.

Greeting folks was John Pletz of ServiceMaster by Peltz (815-455-John).

He was standing there next to former Chamber Executive Director John Blazier, whom I jokingly suggested didn’t know how to retire.

We decided to go against the flow.

Hey. Don’t be surprised. That’s the story of my life. 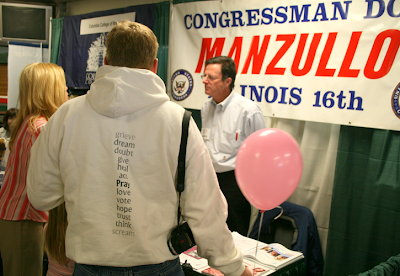 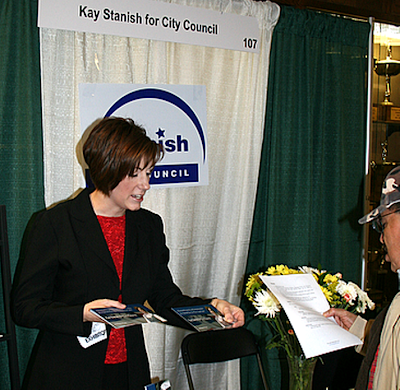 Moving right along, we found the three-spaced booth for the City of Crystal Lake. 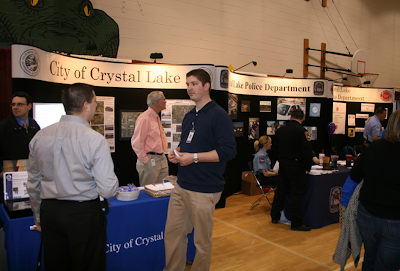 No politicians there, though. Not Mayor Aaron Shepley. No one from the city council. Just civil servants.

Around the corner was the joint booth for State Rep. Mike Tryon and State Senator Pam Althoff. Manning it was John Jung and Tina Hill, Tryon’s administrative assistant.

Look what I found at the booth. 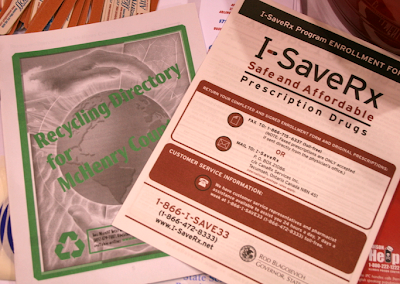 A hand out with disgraced former Governor Rod Blagojevich’s name on it. (Click to enlarge any photo.)

Not to worry. There was also a pamphlet about re-cycling. 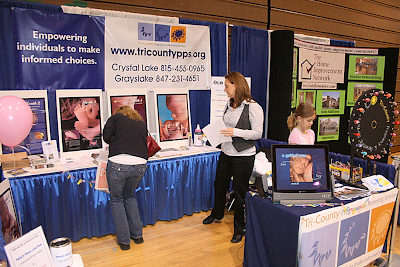 The next display that had political overtones was that of the Tri-County Pregnancy and Parenting Services. Not a political arm of the pro-life movement, but worth taking a photo of. An attempt was made to recruit me for the Walk for Life. I replied that I would cover it if it were in my neighborhood again, but was told this year it will be in Grayslake. Bummer.

No sign of the McHenry County Citizens for Choice, the local pro-abortion group. I guess having won the national election, they see little need to recruit more supporters. 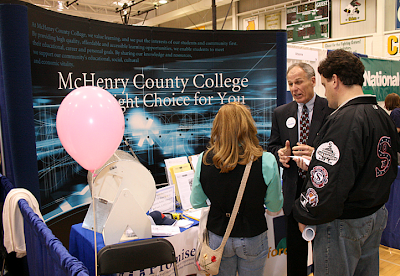 The tuition will be paid by donations, although students are required to apply for government scholarships and grants.

Next you see the winner of “Most Innovative Raffle Container.” 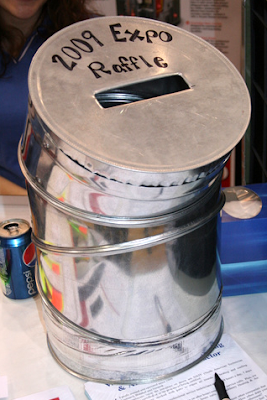 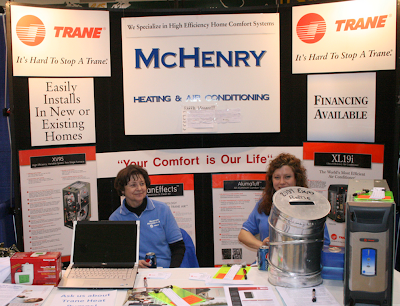 And for such incredible innovation, McHenry Heating and Air Conditioning gets a free plug.

As we rounded the corner, there was the Algonquin Township Republican Central Committee spot. 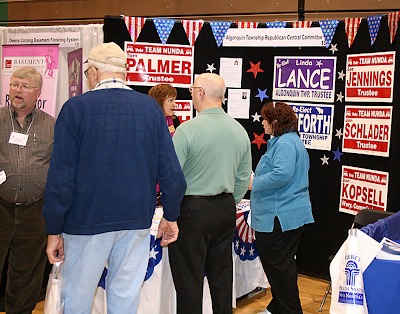 Out in the hall toward the Expo entrance was the Crystal Lake Park District booth. 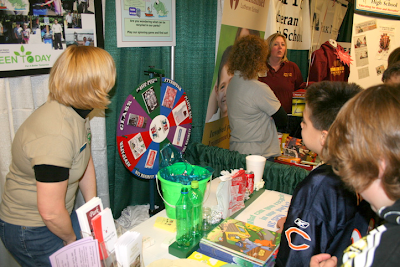 Ann Viger was spinning the Re-ycling Wheel. Wherever it stopped, contestants had to tell whether the waste product could be used by the park district. I didn’t stay long enough to find out, but I think the answer was “Yes” for all of the choices. Winners get a buy one, get one free entrance fee to the miniature golf course at Lippold Park. 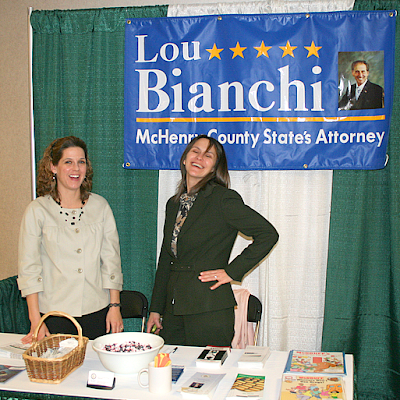 Two women were manning McHenry County State’s Attorney Lou Bianchi’s booth right at the entrance. They were having fun when I told this photo.

And we were back to where John Pletz was standing.