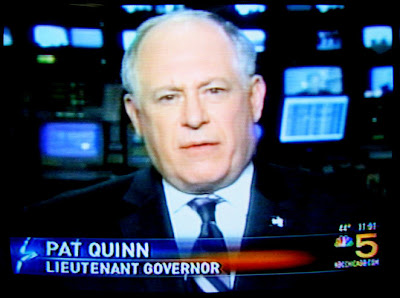 In Taylor Pensoneau’s and Bob Ellis’ biography of Governor Dan Walker, the two write of what Pat Quinn did in college.

“…he holder of an economics degree from Georgetown University, where he made Phi Beta Kappa, was sports editor and a columnist for the college paper, The Hoys, and attended every anti-Vietnam War War protest he could.”

Tomorrow – What Quinn did in the Dan Walker’s 1972 General Election campaign.

= = = = =
The photo is of Patrick Quinn during the run-up to the impeachment of Rod Blagojevich. Quinn was still Lt. Governor.