You have to hand it to the Cary Grade School Board. 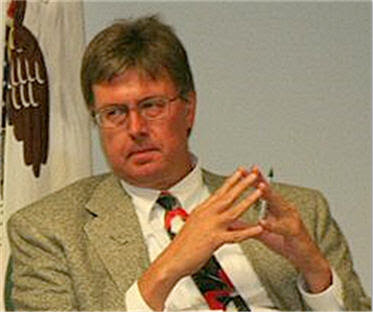 It’s majority is holding a tax hike referendum in the middle of the biggest recession since the early 1980’s. Here are the details posted by the elementary school district.

And, here is minority school board member Chris Jenner’s position against the referendum:

I voted against putting the referendum on the ballot. Excellent schools have sound facilities and current technology – I support that.

With our district already $26 million in debt, and considering the current economic climate, I don’t support asking taxpayers to further increase the D-26 debt load with no clearly defined spending plan.

We must find more efficient and creative financing means than simply enriching the same old folks that cash in every time school bonds are issued.

Significant sums of money are involved in the issuance of school bonds, and the process goes with little scrutiny in most cases. Should the voters approve the referendum, I will work to ensure the bonds are sold as cost-efficiently and as transparently as possible.

I’d like to see the district seek approval for major capital projects individually, and explore whether vendors might work directly with us on financing. The district should also investigate the possibility of obtaining waivers from costly government regulations such as the Prevailing Wage Act.