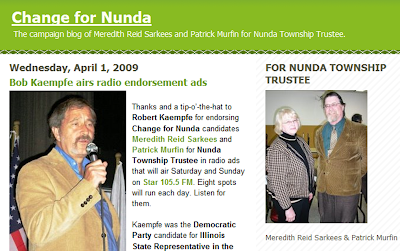 Thanks to the campaign web site of the two Nunda Township candidates for township trustee—Meridith Reid Sarkees and Patrick Murfin—Republicans are forewarned that 16 radio ads will run on Star 105.5 Saturday and Sunday.

The man who ran against State Rep. Mike Tryon—Bob Kaempfe—is popping for them. 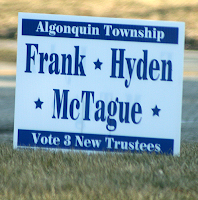 The ads will promote the candidacy of five running as Democrats for township trustee in Nunda and Algonquin Township. 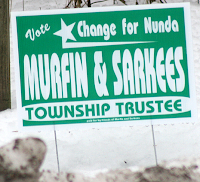 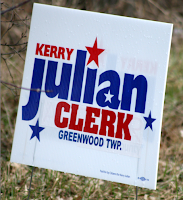 Democrats on township ballots who are identified as such are more interesting.

Two are obvious because they ran for partisan county office last fall.

Julian and Thirtyacre are running in non-partisan elections, as are two other candidates for Greenwood Township office.

All races are contested.