27-year-old Joe Stefani of Algonquin was elected as Trustee of the Algonquin Library Board for the 4-year term.

Stefani now becomes the youngest library trustee in the history of the Algonquin Library and one of the youngest in the State of Illinois.

“I am extremely happy that the voters of Algonquin and Lake in the Hills believe in me and my views to elect me as their trustee on the Algonquin Library Board,” said Stefani. “I put a lot of hard work into this campaign and walked door-to-door to find out what people in the district wanted.”

Nearly 90% of likely voters in the district either met Stefani, received his literature at their door or received the literature in the mail. 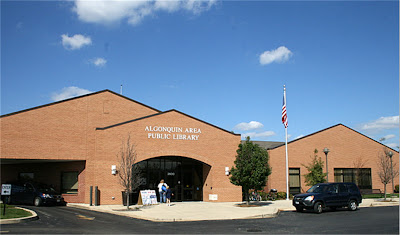 Stefani ran on many different issues including investing more money in areas of the library that have seen excessive usage, watching the spending of the district, increased hours at the Eastgate Branch, and solar panel installation at the district’s two branches.

Stefani is currently Chairman and President of Three Strikes Baseball Corp., which is in the process of bringing a new minor league baseball team to the City of Rockford. He is also President of the Crystal Lake Park Foundation.

Amy Faubl also won election one of the two four-year seat, getting 1,235 votes (before adding in absentee and early votes) to Stafani’s 1,182. Ed Murda received 729