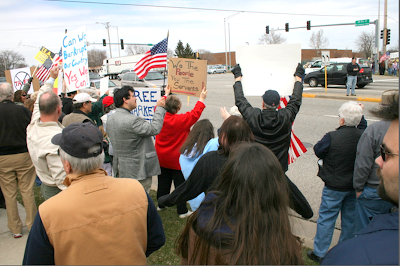 Illinois and McHenry County Libertarian Party Chair Dave Brady, who lives in Wonder Lake, sent the following press release about the Crystal Lake TEA Party. (All photos can be enlarged by clicking on them.) 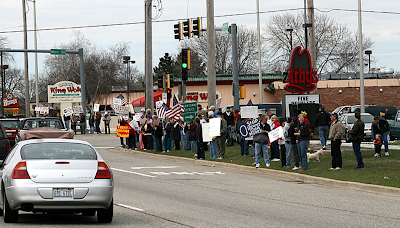 Let us just say that the Crystal Lake Tea Party was an overwhelming success. This event had 550 people stretched down route 14 making their corporate voice heard loud and clear. 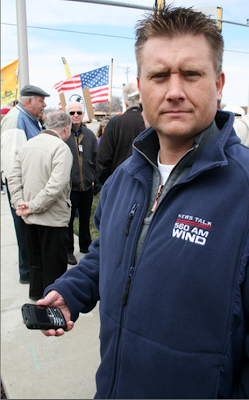 It started at 11:45 and ended at 1:15 and we were met by WIND radio broadcasting from our location for a about 30 minutes. (This is WIND Senior Marketing Consultant Chuck Barham. In the background, you can see former State Senator Jack Schaffer and McHenry County Republican Central Committee Treasurer Fred Wickham.) 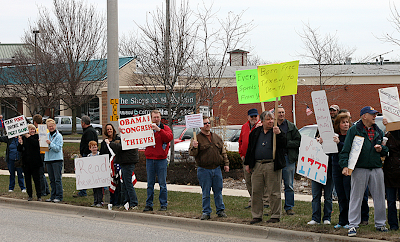 The focus on this rally hovered around the oppressive tax the federal and state governments impose us it’s citizens, while bloating the size and scope of government with no shame or apology. 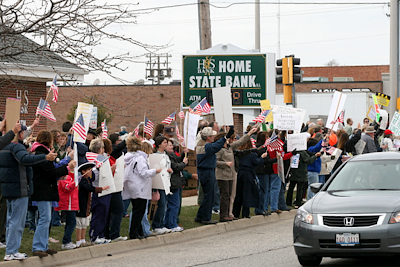 While there the Norwest Herald tracked me down and in addition to the above quotes they also got the admonitions to move this focus and purpose to the ballot box and show our elected officials we are done with this abusive tax system.

As a pleasant surprise I fielded a phone call from USA Today or US News and World Report (it was so noisy it was hard to tell) telling me that heard that the LP Illinois came up with the concept, and even though others may have high-jacked it from us how I feel about the event. 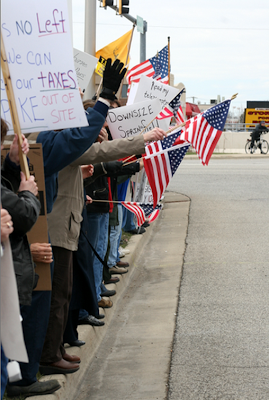 I told him plainly that high jacked or not was not important. the important thing is that people came together with a solid purpose to tell our government leaders that we have had it with their oppressive and abusive tax policies, and again, the increase of size and scope of government. 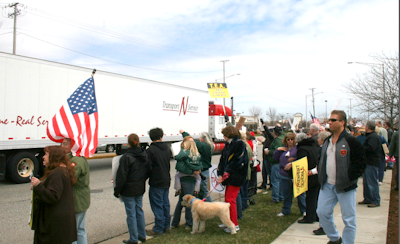 The tea party concept is the outcome of their own actions. 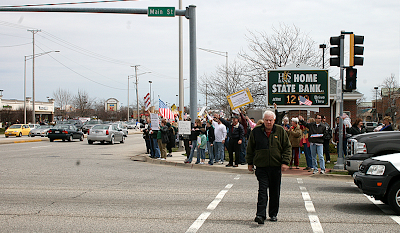 And not to be forgotten, I gave credit to 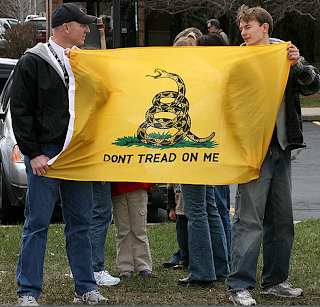 for their hard work.

See Libertarians give credit when credit is due for hard work, unlike other groups stepping on each other claiming credit for personal glory.

If I missed anyone I apologize. 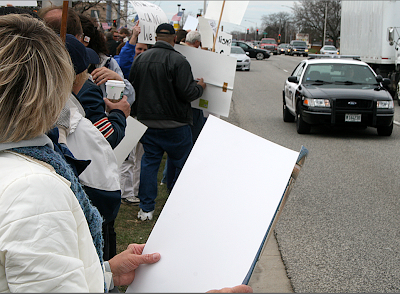 Thank you Jim Young and Bill Baruth for being there with me. 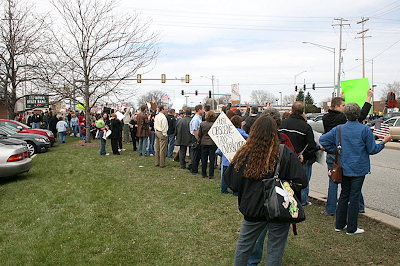 Those of you who couldn’t be there remember you are doing a good job as well at your work place supporting a struggling economy. 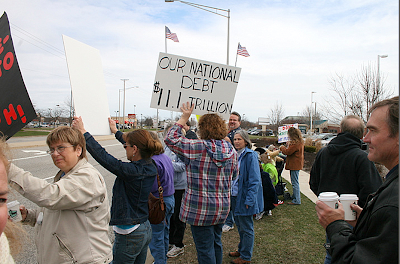 Obama Supporters Object to My Sense of Humor